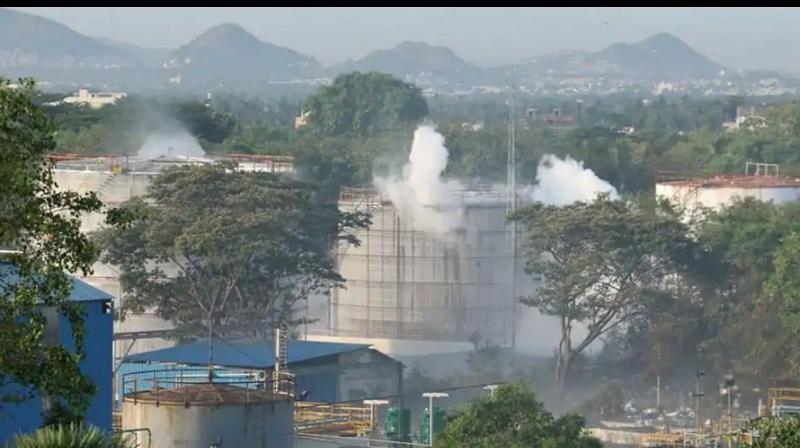 The NGT has directed LG Polymers, India, at whose plant the gas leakage occurred, to forthwith deposit an initial amount of Rs 50 crore taking note of damages caused due to the incident.

Further hearing in the matter is scheduled for May 18.

On Thursday, a styrene gas leak at the plant of LG Polymers in RR Venkatapuram village in Visakhapatnam district of Andhra Pradesh had claimed 11 lives.

NGT said that the committee may visit and inspect the site at the earliest and give its report before the next date via email and site visit may be initially conducted by members available locally in consideration with outside members online.

It said that the committee may specifically report on the sequence of events, causes of failure, the extent of damage to life, human and environment, steps to be taken for compensation of victims and restitution of the damaged property among others.

The bench has directed the District Magistrate of Vishakhapatnam and Regional Office of Andhra Pradesh PCB to provide logistic support to the Committee to enable their fact-finding and reporting.

It took suo-motu cognisance on the basis of media reports on the leakage of hazardous gas, Styrene from a chemical factory owned by the South Korean company LG Polymers. The incident has caused damage to the environment and habitat.

Styrene gas is a hazardous chemical and as per rules, it requires on-site and off-site emergency plans to ensure prevention of damage.

NGT noted that there appears to be a failure to comply with the rules and other statutory provisions and leakage of hazardous gas at such a scale adversely affecting public health and environment clearly attracts the principle of 'Strict Liability' against the enterprise engaged in a hazardous or inherently dangerous industry.

"Such an entity is liable to restore the damage caused under the Environment Law, apart from other statutory liability. The statutory authorities responsible for authorizing and regulating such activities may also be accountable for their lapses, if any, in dealing with the matter," the NGT said.

Stressing that it is necessary to ascertain the facts relating to the extent of damage, the extent of the failure and consider remedial measures, the bench listed the matter for May 18 for further hearing.