India   All India  08 May 2020  Migrant workers crushed to death by goods train in Aurangabad
India, All India

Migrant workers crushed to death by goods train in Aurangabad 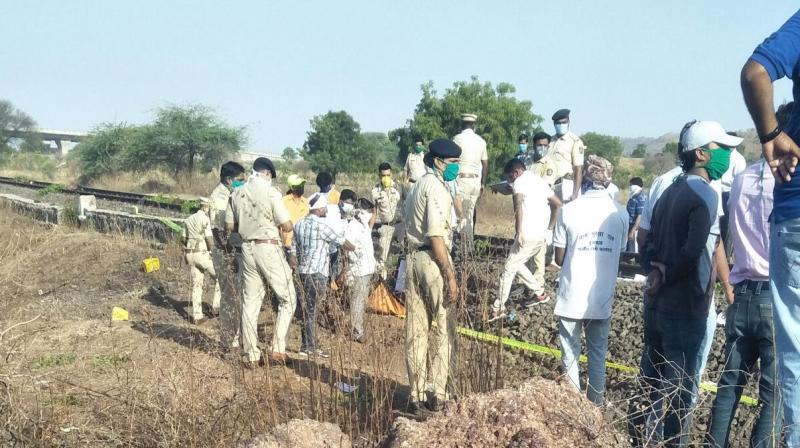 Aurangabad: At least 15 migrant workers sleeping on rail tracks were crushed to death by a goods train in Aurangabad district of Maharashtra on Friday morning, police said.

Two other labourers were injured in the tragic mishap which took place at 5.15 am under the Karmad Police station jurisdiction, an official said.

The workers, who were walking to Bhusawal from Jalna in central Maharashtra along rail tracks, were returning to their home state Madhya Pradesh, an official at the Karmad police station told PTI.

They were sleeping on rail tracks due to exhaustion when they were run over by the goods train coming from Jalna, he said.

"The labourers, working in a steel factory in Jalna, left for their home state on foot last night. They came till Karmad and slept on tracks as they were tired," police officer Santosh Khetmalas said.

Fourteen workers lost their lives in the mishap, while two others were injured, he said, adding three labourers who were also part of the group survived as they were sleeping some distance away from rail tracks.