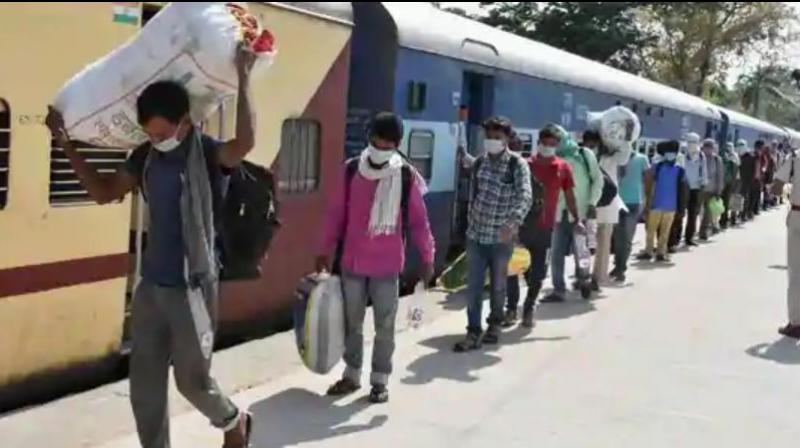 Bihar government is planning to do skill profiling of migrant workers who are being brought back. (PTI Photo)

Patna: Like many states, Bihar government is also planning to do skill profiling of migrant workers who are being brought back. Sources said that the issue came up for discussion during a meeting which was chaired by Bihar chief minister Nitish Kumar on Wednesday evening.

“The move will help the government use their services as per the guidelines after the coronavirus crisis is over. At the moment the prime concern of the state government is to take care of all those who are returning home from other states,” a government insider aware of the situation said.

Talking to this newspaper on the issue, Bihar minister and JD(U) spokesperson Neeraj Kumar said, “The state government is going to do the skill profiling through an app. Apart from MGNREGA, we are also seriously planning to create job opportunities for migrants and state workforce.”

The state government had earlier planned to provide relief to state’s workforce and returning migrants under the MGNREGA scheme but during the meeting with officials, the chief minister asked them to also focus on creating more jobs in the state.

As per the reports, the state government officials are likely to carry out the skill survey of the returning migrants as well as those who have been working within the state through an app.

Meanwhile, the state government has asked the district administration to relax the norms for opening of shops in both rural and urban areas. In an order issued by the state home department, district magistrates have been asked to allow shops selling and repairing electronic goods to run businesses on the alternative days.

The order, however, clearly states that the shops would strictly follow the guidelines and ensure that proper social distancing is maintained.

“No shops in the marketing complexes will be allowed to open. Shop owners have been asked to follow the guidelines strictly and if they are found violating the norms, action will be taken and shop will be shut,” Patna DM Kumar Ravi told reporters.