Gandhi told the rally about the two sheets of glass that are sometimes visible during PM Modi’s public rallies. 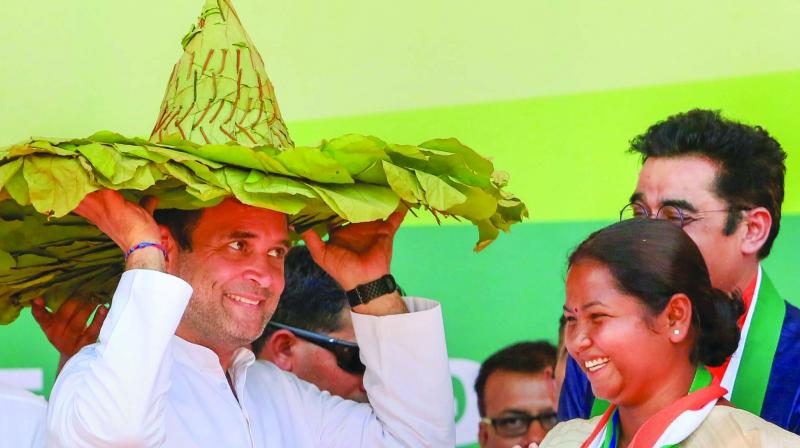 Kolkata: Congress president Rahul Gandhi on Tuesday asserted that no power in the country could bring Prime Minister Narendra Modi at the Centre again. He also underlined that the people would give Mr Modi such a “strong reply and a massive jolt” in the Lok Sabha Election that he would realise his mistake of lying to the people. Addressing a rally in Purulia, Mr Gandhi also mocked the PM for using teleprompters during his speeches.

He assured that if the Congress comes to power, it would bring a new law for the farmers for whom he alleged Mr Modi did nothing. “The BJP’s sole aim is to make Mr Modi the PM again. I can tell you that no force in India can make him the PM again. The people of India are going to give such a strong reply and a massive jolt to him that he would feel it. Modiji, you can not lie to India. You can not loot here,” he said.

The Congress chief further said, “You cannot steal the money of air force and put it in Anil Ambani’s pocket. When you come, you must talk about your promises. You promised to deposit `15 lakhs in each citizen’s account, provide adequate earning to the farmers and give jobs to two crores youth. Talk about it. What happened to these claims?”

Mr Gandhi told the rally about the two sheets of glass that are sometimes visible during PM Modi’s public rallies.

The Congress president also blamed Mr Modi and Trinamul Congress supremo Mamata Banerjee for lack of welfare of the peasants.

The Congress president asked, "Have Modiji and Mamataji offered the right price to the farmers of their produces? Wherever they go, they make false promises. If entrepreneurs take loans of crores but fails to repay it, they do not go to jail. However if farmers from a district like Purulia do the same, Modiji send them behind bars. I do not think it is right."

He added, "The Congress has decided that the law will be changed after the Lok Sabha Election. No farmer either from Purulia or any other district or state will not be put behind bars owning to loan repayment failure. The government of India will present a special budget for the farmers."