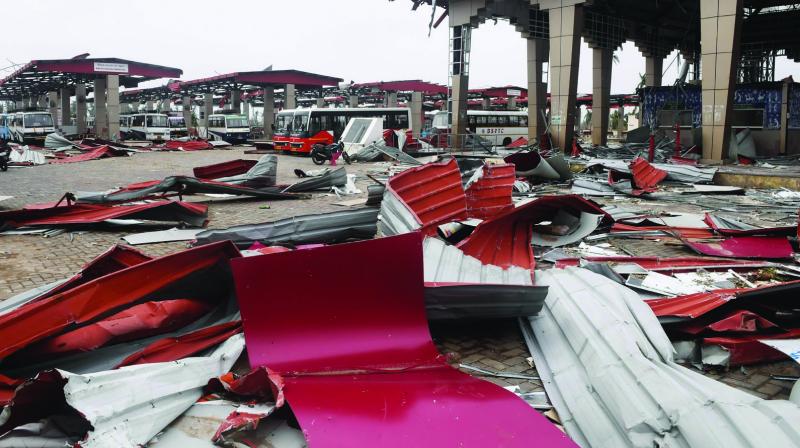 Bhubaneswar: People in the cyclone-affected districts in Odisha enjoyed partial restoration of Internet services as network operators, including BSNL, restored some of the damaged mobile towers.

The Internet services, though erratic and did not last for a few minutes at a stretch, provided users to send urgent messages to their near and dear ones and lodge complaint with authorities about the problems in the areas.

Although the cyclone may have passed, but the devastation it wrought on May 3 in at least 11 coastal Odisha districts has left behind a trail of distress for countless farmers.

The farmers have lost acres of standing crops like paddy, mung, blackgrams and sugarcane and have no hope getting any return on their investment.

Reports from Chandikhole in Jajpur district said a 25-year-old farmer, who grew sugarcane, attempted to end his life as his crop was completely damaged. The farmer, Sanjib Panda, is said to be in a critical condition.

Chief minister Naveen Patnaik has announced that the farmers will be compensated after the crop damage is assessed.