The event was also marked by chanting of mantras by hundreds of religious leaders who gathered on the occasion. 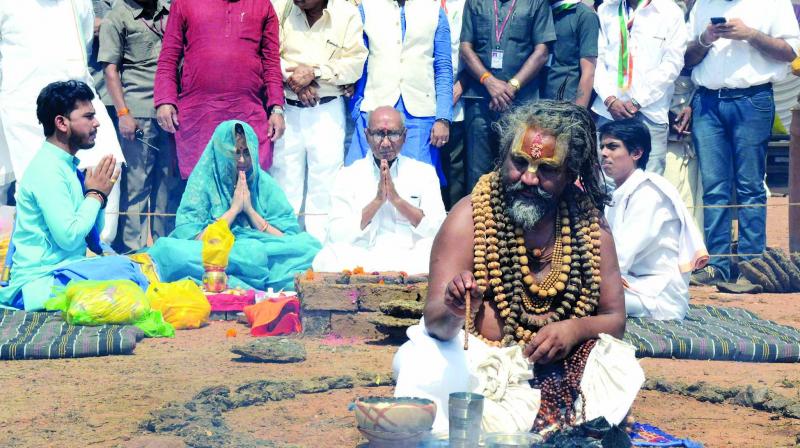 Religious fervor marked the occasion with around a dozen seers lead by self-styled god man Namdas Tyagi, who loves to call himself Computer Baba, performing ‘yagna’ separately, each being surrounded by a circle of burning cow dung in the ground even as the Singh couple went ahead with their ‘yagna’.

The event was also marked by chanting of mantras by hundreds of religious leaders who gathered on the occasion.

Earlier in the day, the sages held a road show to support Mr Singh’s candidature before converging in the open ground to participate in the ‘hot yagna’.

The BJP on Tuesday evening released a press release in which eminent seer Avdeshpuri Ji Maharaj was quoted as describing the ‘hot yagna’ organised by Computer Baba to ensure Mr Singh’s victory as “meaningless and a mere show piece”.