Official sources indicated that it is likely to be launched later this year. 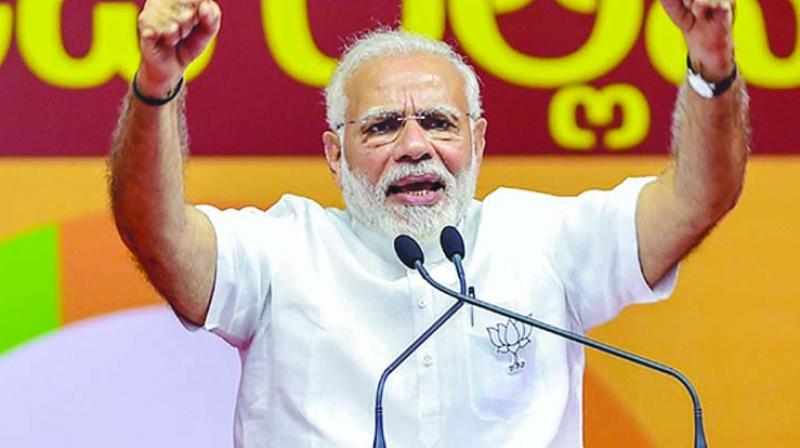 New Delhi: Though the government has not yet finalised a date for launching its ambitious Ayushman Bharat scheme, which offers health insurance cover of up to Rs 5 lakh per family and will target 10 crore poor and vulnerable families, Prime Minister Narendra Modi on Monday reviewed the progress of its launch preparations.

Official sources indicated that it is likely to be launched later this year.

Announced in the Union Budget for 2018-19, there are speculations that it could be launched on October 2, i.e. Gandhi Jayanti.

During the review, Mr Modi was apprised of the preparations done so far, including consultations with states, for the smo-oth and expeditious roll out of the programme.

The Prime Minister stressed the need to provide maximum benefit to the poor under this scheme.

Top officials of the ministry of health and family welfare, Niti Aayog and PMO briefed Mr Modi on various aspects of the scheme, official sources added.

The Prime Minister had last month inaugurated the first “Health and Wellness Centre” under Ayushman Bharat in Chhattisgarh’s Bijapur district on the occasion of Ambedkar Jayanti (April 14).

Apart from the health insurance cover, setting up of health and wellness centres in marginalised regions of the country, is the second component of Ayushman Bharat sche-me, sources informed.