Mishra alleged that the investigation into the tanker scam was repeatedly delayed and influenced by Kejriwal and 'his two men'. 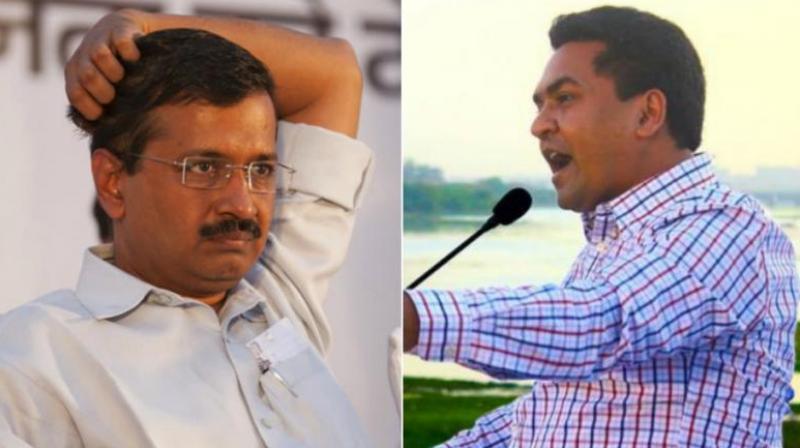 Mishra said he had shared all the evidence related to the tanker scam with the ACB. (Photo: File)

A day after he said he had witnessed Kejriwal take Rs 2 crore from Health Minister Satyendra Jain in another case, Mishra alleged that the investigation into the tanker scam that dated back to Sheila Dikshit's tenure as chief minister was repeatedly delayed and influenced by Kejriwal and 'his two men'.

Mishra said he had shared all the evidence related to the tanker scam with the ACB.
"I told the officials how Chief Minister Arvind Kejriwal deliberately delayed the report and how public money was misused. I also told them how Kejriwal along with his two men affected the tanker scam probe. The government also tried to shield Sheila Dikshit time and again. ACB will call me again for a detailed investigation," he told reporters after the meeting.

Mishra, who was sacked as minister on Saturday, also demanded a lie detector on his allegations that he was an eyewitness to the Rs 2 crore exchanging hands between Kejriwal and Jain. He said that a lie detector test be conducted on all three.

Mishra has claimed Jain had told him in a private conversation that he had 'settled' a Rs 50 crore land deal in favour of a relative of the chief minister. Mishra further said that he has sought an appointment with the Central Bureau of Investigation (CBI) in connection with the Rs 2 crore allegations.

The bombshell prompted calls from the BJP and Congress for Kejriwal's ouster, but AAP stood solidly behind its leader, insisting there was no merit in the allegation. The tanker scam relates to alleged irregularities in the hiring of private tankers to supply water.