He also salmmed the Modi govt declining the state's request for a helicopter for quick deployment of forces in anti-Maoist operations. 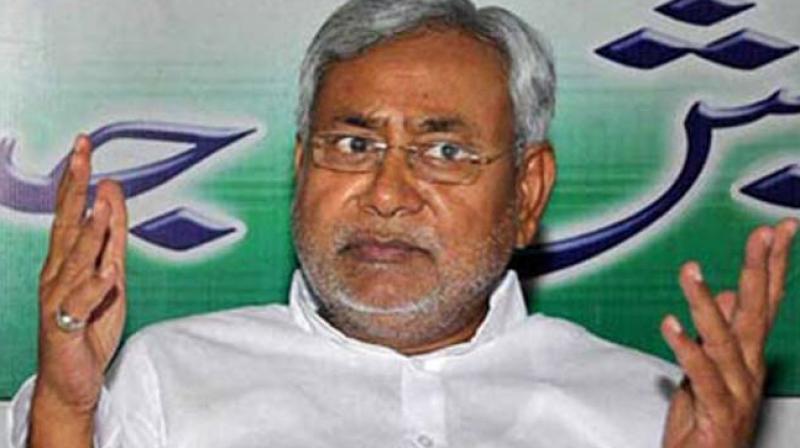 Kumar also chided the Centre for stopping the funding for three counter-insurgency and anti-terrorist schools with effect from 2015-16. (Photo: PTI)

The state, which has six of the 35 Naxal-affected districts in the country, has recorded a decline of 60 per cent in violent incidents, from 316 to 129, by Naxals between 2011 and 2016, Kumar said in a review meeting on left wing extremism (LWE) organised by the Home Ministry here.

Kumar said the the Congress-led UPA government had introduced some schemes for capacity enhancement of security forces and to address local disparity in the LWE affected states like Special Infrastructure Scheme, Integrated Action Plan and Security Related Expenditure.

"These schemes produced good results. Since last year the SIS and IAP schemes have been discontinued and ironically this happened when we were hoping that the government would further strengthen these schemes and enhance resources," Kumar said.

He said the stoppage of funding in these scheme has adversely affected the undergoing developmental works undertaken, specially, under these schemes in affected districts.
Kumar also chided the Centre for stopping the funding for three counter-insurgency and anti-terrorist schools with effect from 2015-16. The schools were started by the UPA
government in 2010 to make state police ready for anti-LWE operations.

"It is ironical that on one hand capacity building and training of security forces are being emphasised, while on the other the central government has already stopped funding to
training centres," Kumar said.

He said the funds for the 'modernisation of police force', to equip the state police with technology, training and modern gear to face threats like LWE, have been reduced by
the Centre.

The chief minister said it has been felt that the structuring and scope of the scheme should be expanded to meet new challenges.

"On the contrary, the government as a change in policy has reduced funding in plan component of the MPF schemes. From year 2000-2001 to 2014-15 the central government provided funding under MPF to the tune of Rs 40 crore annually, on an
average. Subsequently it was reduced to Rs 25 crore," he said.

Kumar also said that for a state like Bihar the ratio of Centre and state funding should be 90:10 and not 60:40. He claimed that Bihar had requested the Home Ministry for the deployment of one helicopter in Bihar but they turned down the proposal and instead asked the state to use the helicopter deployed in Jharkhand as and when need arises.
He said the state even suggested to the MHA that a helicopter could be provided on a wet lease basis under Security Related Expenditure scheme, which can be expedited by the Centre.

"This fight against LWE to maintain internal security is joint responsibility of the state and the central governments, but all expenses are borne by the state. Therefore, it is our request that this expenditure should jointly be shared by both," Kumar said on the funding for deployment of central forces for anti-Naxal operations.

He said under the federal structure of country, the Centre cannot relegate itself to a mere reviewing role by throwing the ball in the court of states for taking effective action to neutralise the LWE threat which has emerged as a challenge to 'internal security'.

"Financial grants will need to be continued for the schemes initiated earlier and their size and scope will need to be broadened. In case, the Centre decides to discontinue or reduce grants, it will have a detrimental effect in the fight against LWE," he said.