India   All India  08 Apr 2020  Pench tiger's death not due to coronavirus, officials confirm
India, All India

Pench tiger's death not due to coronavirus, officials confirm 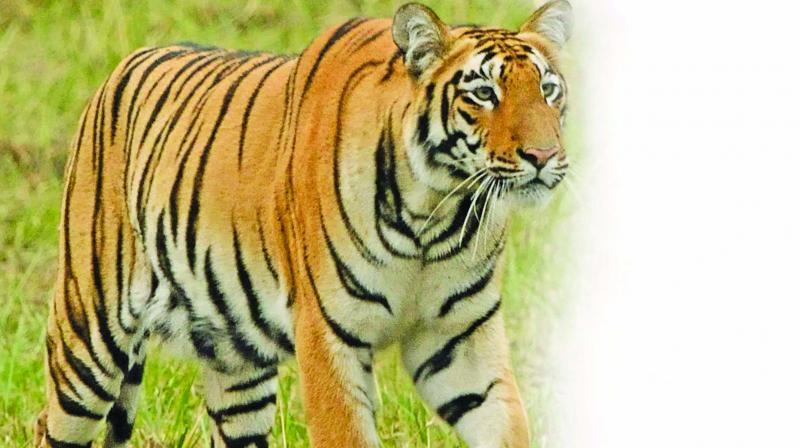 Hyderabad: Unfounded fears that a tiger which died in the Pench reserve in Madhya Pradesh last Saturday from possible exposure to coronavirus have been laid to rest with officials from the reserve making it clear that the animal had succumbed to an impacted intestine caused by a large hair ball lodged in the digestive tract of the animal.

Reports about coronavirus infection in a tiger at Bronx Zoo only added fuel to the speculation about the death of T-31, the designated number of the Pench tiger that died on Saturday, according to officials.

“Upon receiving information about the tiger in distress, we observed it for eight hours on Friday. We also used our elephants to coax it out of the waterhole as it was nodding off and slipping into the water. Not once was it observed coughing and reports that it had nasal discharges were wrong. It was the water that dripped off its face whenever it nodded off and its face started going under water and it again lifting its face up,” an official from the reserve told Deccan Chronicle.

The tiger passed away around 9 am on Saturday at the water hole and some media reports said that the tiger could have died from a mysterious virus infection with some reporting that it died of possible coronavirus infection.

“The post-mortem findings were clear. There was a large hairball inside its gut and part of its stomach was filled with muddy water sludge. Because of the hairball impacting the intestines, the animal could not feed and was in deep distress and succumbed because of this,” a source said.

Cats, both domestic and in the wild, lick themselves and some of their fur enters their gut and forms hair balls. If they are small and the animal manages to regurgitate it, then it usually stays fine. For some reason if the animal is unable to cough it out, the hairball grows in size over a period of time and blocks the digestive tract, forcing the animal off food.