India   All India  08 Apr 2019  India: Pakistan claim on plan to attack is ‘preposterous’
India, All India

India: Pakistan claim on plan to attack is ‘preposterous’

Military tensions between the two nuclear-armed neighbours had reached the brink in late-February this year. 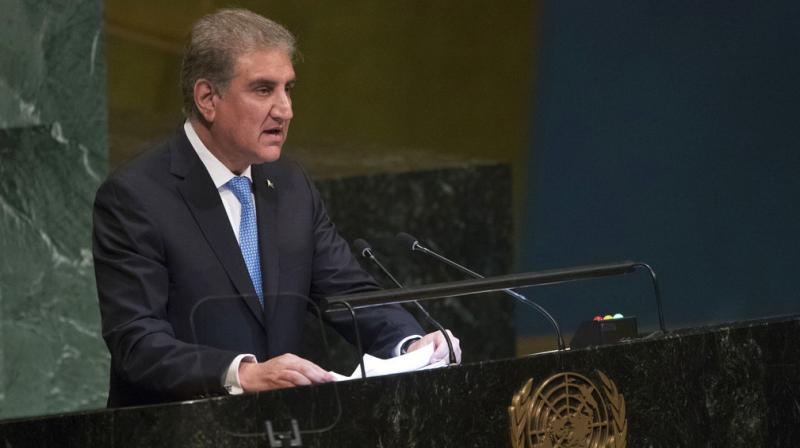 Mr Qureshi, addressing a press conference at Multan, said Pakistan had credible intelligen-ce that India was planning another act of aggr-ession and that “India can create a new drama in Kashmir on the pattern of Pulwama”.

“A new mishap could be staged... and its purpose will be to justify their [India’s] offensive against Pakistan and to increase diplomatic pressure against Islamabad.”

New Delhi hit back, saying: “India rejects the irresponsible and preposterous statement by the foreign minister of Pakistan  with a clear objective of whipping up war hysteria in the region. This public gimmick appears to be a call to Pakistan-based terrorists to undertake a terror attack in India.”

“It has been made clear to Pakistan that  it cannot absolve itself of responsibility of a cross border terrorist attack in India. No attempt at creating an alibi for its complicity in such attacks will succeed. Pakistan needs to take credible and irreversible steps against terrorism operating from all territories under its control rather than making hysterical statements to obfuscate the core issue that bedevils our region: cross- border terrorism,” the MEA added.

India said, “Pakistan has been advised to use  established diplomatic and DGMO channels to share any actionable and credible intelligence it has  about imminent terror attacks. India reserves the right to respond firmly and decisively to any cross border terrorist attack.”

Military tensions between the two nuclear-armed neighbours had reached the brink in late-February this year.