Cong chief Rahul Gandhi’s plan to hold elections to the 12 positions in the CWC is facing resistance from senior party leaders. 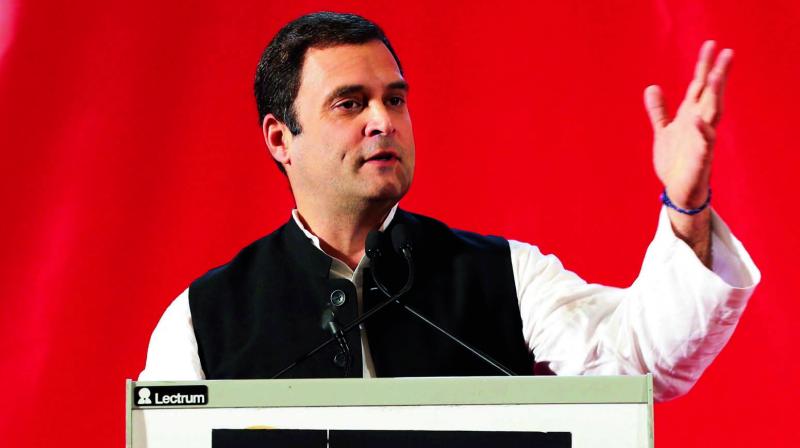 Soon after his elevation as Congress chief, Rahul Gandhi made it clear that he was keen on democratising the key decision-making body by getting half the members elected. (Photo: File/PTI)

New Delhi: A first big attempt of Rahul Gandhi to bring an internal change in the functioning of party since taking over as Congress president is not finding many supporters from within the party, especially senior leaders.

Rahul Gandhi’s intention to hold elections to the 12 positions in the Congress Working Committee (CWC), the highest decision-making body of the party, is facing resistance from veterans of the party.

Soon after his elevation as Congress chief, the 47-year-old made it clear that he was keen on democratising the key decision-making body by getting half the members elected. The CWC has 24 members and is headed by the Congress president.

If Rahul holds elections for the CWC, he will be breaking from the pratice followed by his predecessor and mother Sonia Gandhi, who preferred to nominate all the members of the body during her 19-year-old run.

Even though the Congress constitution prescribes election, senior party leaders are said to be against Rahul’s idea and want the nominations system to continue.

The Congress' rule book says 10 members of the CWC are to be elected by delegates and the party president can nominate another 10. The committee must have at least 20 members; it often includes more as permanent invitees.

Quoting sources, a report by NDTV said, Congress's senior leaders argue that elections were held in the party in 1992 and 1997, when leaders weren't ready to accept the leadership of chiefs like PV Narasimha Rao and Sitaram Kesri and forced an election as a show of strength.

However, as there is no real challenge to Rahul Gandhi and his leadership, the old guard says, he should have a free hand to choose members to head the party's highest forum.

The decision of holding polls or not will be finally decided during the party’s plenary session which is scheduled to be held next week.

Meanwhile, the veterans have started a campaign and are trying to garner support for their view that suggests nominating members to the CWC.

Rahul has always favoured elections for all party organisations. As Congress vice-president, he made a beginning in this direction by holding internal elections in the Youth Congress and the National Students’ Union of India.