As his passport has been suspended by the Government, he also demanded to know the reason behind the action. 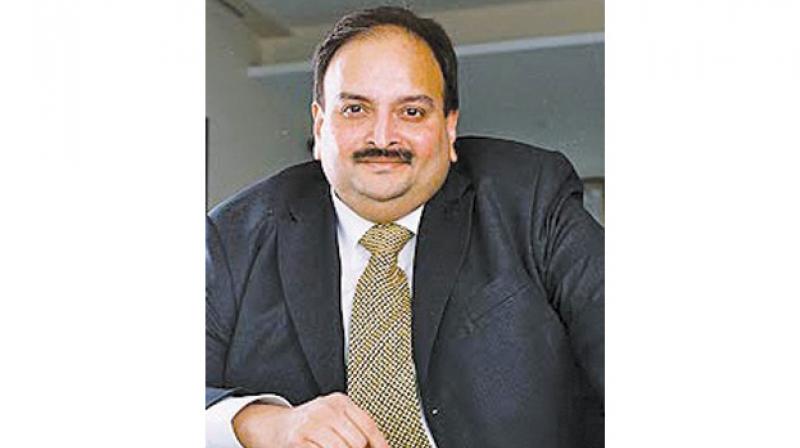 "I had a cardiac procedure which was conducted in the first week of February 2018 and there is still pending work to be done on the same," Choksi said. (Photo: File)

New Delhi: In a strongly worded letter, Mehul Choksi, the main accused along with Nirav Modi in the PNB fraud case and promoter of Gitanjali Group told the Central Bureau of Investigation (CBI) that it was "impossible" for him to return to India due to his "persistent health problem".

As his passport has been suspended by the Government, he also demanded to know the reason behind the action.

"As my passport stands suspended, I further wish to point out that the RPO Mumbai has not given me any explanation as to why my passport has been suspended and as to how I am a security threat to India," Choksi told the CBI.

He further stated that he was also not in a position to travel due to his persisting health problem.

"I had a cardiac procedure which was conducted in the first week of February 2018 and there is still pending work to be done on the same," he said.

Millionaire jeweller Nirav Modi and his uncle Mehul Choksi are accused in the fraudulent issuance of Letters of Undertaking (LoUs) and Letters of Credit (LCs) worth USD 2 billion (approximately Rs 12,636 crore) by the Punjab National Bank.

Earlier, in a letter, the CBI had asked Nirav Modi to join the investigation mandatorily to which he replied that he could not as he had business committments abroad.

A special PMLA court in Mumbai last week issued non-bailable warrants against Nirav Modi and Mehul Choksi in connection with the fraud.

The CBI had filed the first FIR in the scam on February 14 against Nirav Modi, his wife Ami, brother Nishal, Mehul Choksi and his firms Diamond R US, Solar Exports and Stellar Diamond.

Since then the CBI and the Enforcement Directorate (ED) have conducted several raids and searches at the houses and offices of Nirav Modi and his uncle Mehul Choksi.

Nirav along with his wife Ami, brother Neeshal and Mehul Choksi left India in the first week of January before the Punjab National Bank accused them of committing the fraud. They have not returned to India since then.