Assam chief minister Sarbananada Sonowal stepped in and ordered a probe into the incident. 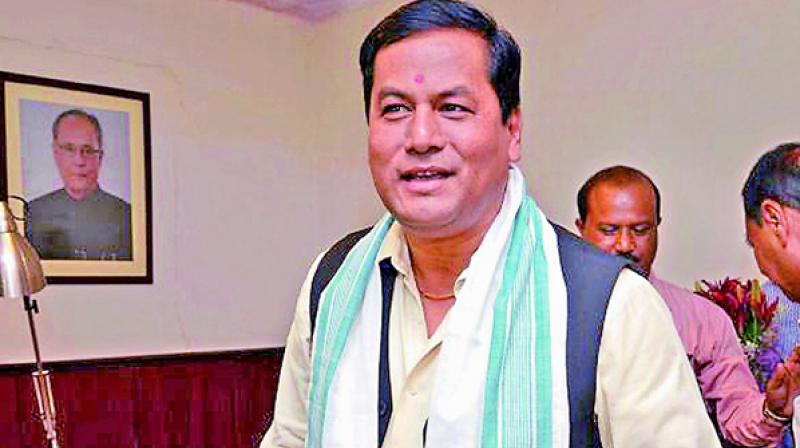 Guwahati: The Army was called in to stage a flag-march at trouble-torn Silapthar in Assam’s Dhemaji district on Tuesday after a protest march by a Hindu Bengali organisation turned violent and attacked the All Assam Students Union (AASU) office and clashed with police on Monday.

Assam chief minister Sarbananada Sonowal stepped in and ordered a probe into the incident.

The problem started on Monday when the Nikhil Bharat Bangali Udbastu Samanvay Samiti (NIBBUSS) organised a mass rally at Silapathar, demanding citizenship for all Hindu Bengalis, besides asking for the release of those Hindu Bengalis kept in detention camps on suspicion of being Bangladeshis in Assam.

The NIBBUSS took out the protest march soon after a meeting in which speakers demanded that all Hindu Bengalis living in Assam should be given citizenship, and that government should bring an end to the alleged harassment of the community.

The slogan-shouting protesters, while crossing over the AASU office in Silapathar, suddenly resorted to stone pelting and ransacked the AASU office, forcing the police to fire teargas and resort to a lathi charge.

The incident triggered a rise in tensions in the area, forcing the district administration to call Army and additional enforcement to pacify the situation.

Meanwhile, AASU adviser Samujjal Kumar Bhattacharyya, in a strongly-worded reaction, warned that such incidents would not be tolerated. He demanded that the state government arrest the culprits responsible for Monday’s incident, or else “the consequences will be severe”.

He, however, admitted that it was an attempt to derail the ongoing process of identification and deportation of Bangladeshi nationals from the state.

Meanwhile, nine people were arrested so far for alleged involvement in the vandalism and a police case was registered against the organisers of the rally.

It is significant that BJP came to power in Assam on assurance of granting citizenship to all the Hindu Bengali refugees of the state. However, move of the BJP government to grant citizenship by amending the Citizenship Act in parliament ran into rough weather with stiff opposition in Assam. Majority of the organisations of the state have been insisting on identification and deportation of foreigners on the basis of the Assam Accord, which states that who came to the state from Bangladesh after March 25, 1971 should be deported. (EOM)