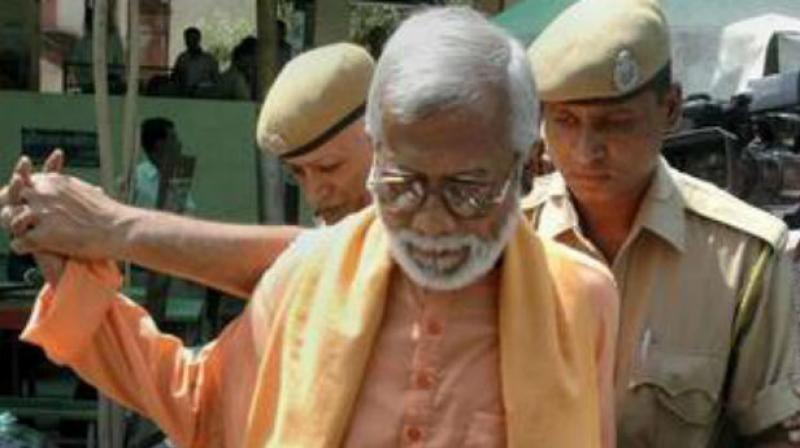 The court pronounced Bhavesh Patel, Devendra Kumar Gupta, and late Sunil Joshi guilty. Joshi had been allegedly killed by his own men in December 2007.

Patel and Gupta were found guilty under section 120 (B) and 295 of IPC and section 34 of the explosive act. Both have been fined Rs one lakh each while the quantum of punishment will be pronounced by the court on March 16.

A special court had earlier deferred the 2007 Ajmer dargah bomb blast case till March 8 the judgement.

The blast happened on October 11, 2007 in the dargah of Khawaja Moinuddin Chisti at the time of roza iftaar, had left three pilgrims dead and 15 injured.

The case had been handed over to ATS Rajasthan and was later transferred to NIA which re-registered the case with the NIA police station New Delhi on April 6, 2011.

There were as many as 149 witnesses in the case and 451 documents were examined and the NIA filed three supplementary chargesheets in the case.

Aseemanand was earlier arrested in 2010 for allegedly being compliant to the terror strikes that took place between 2006 and 2008, that also include the Samjhauta blast case in 2007. Nearly 70 were killed on the train headed from to in . The charges against him include murder and sedition.

After he was arrested, he confessed in court in December 2011 to his role in the terror attacks he was charged with. However, he later retracted his confessions, alleging that he had been coerced to make them by investigating officials.