The Assam Accord was signed in 1985 by the leaders of the Assam movement and the Indian govt. 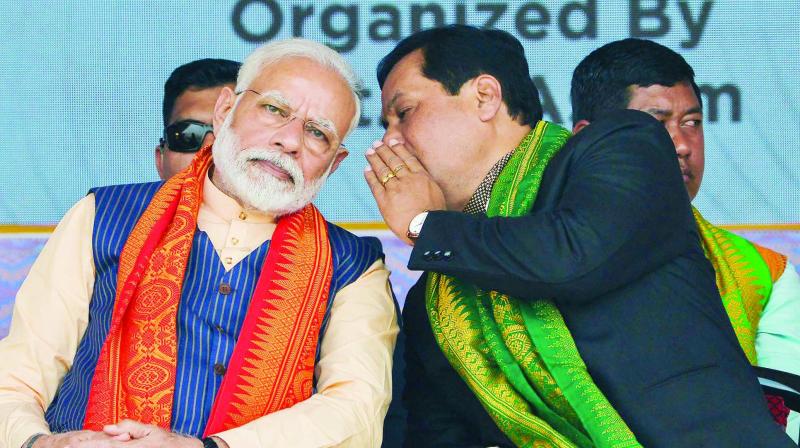 Guwahati: Prime Minister Narendra Modi on Friday said that Citizenship Amendment Act will not harm the interests of the people in Assam and assured that his government was trying to implement the Clause 6 of the Assam Accord. The Assam Accord was signed in  1985 by the leaders of the Assam movement and the Indian govt.

Regretting that canard is being spread that lakhs of people will come from outside after the enactment of CAA, Mr Modi said that his government is committed to ensure that interest of the local people is protected.

Pointing out as to how earlier governments avoided to touch the contentious issues, Mr Modi said, “My government is now trying to implement Clause 6 of the Assam Accord. I want to assure the people of Assam that after the Committee submits its report, the Centre will act on it swiftly. We’re going to solve the problem that had persisted for years.”

Arguing that the Assam government has taken several big decisions to protect the Bodo language and tradition, he said, “Bodo Territorial Council, Assam government and the Central government is now working together following the concept of —-’Sabka Saath, Sabka Vikaas, Sabka Vishwas’.”

While acknowledging the massive turn out of the people, Mr Modi also took a dig at Congress leader Rahul Gandhi.

“At times some leaders talk about beating me with Danda (sticks), but I’m saved by the blessings of all mothers of India. I pay my respects and thank all of you. I’m here to instill a new belief in all people.”