After the disposal of the petition, the EC should pass an order in two weeks to grant a common symbol. 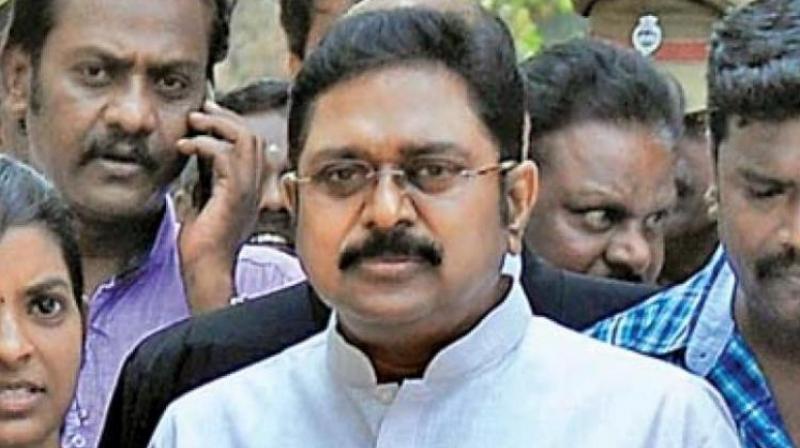 A Bench of Justices A.M. Kanwilkar and Ajay Rastogi passed this order while disposing of appeals filed by Tamil Nadu chief minister Edappadi K. Palaniswami led AIADMK against an interim order of the Delhi high court asking EC to consider granting a common symbol to  Mr Dina-karan. Pointing out that the main petition filed by Mr. Dinakaran challenging the EC’s order allotting ‘symbol’ to the ‘Edappadi group’, the Bench asked the Delhi high court to dispose of the petition in four weeks. After the disposal of the petition, the EC should pass an order in two weeks to grant a common symbol.

The Bench said it may not be just and fair to ask the splinter group to give up its claim of a real political party until the dispute is finally settled by the court of competent jurisdiction.

In the event, before the expiry of the six-week period, the EC intends to issue any Press Note or Notification for announcing the by-elections in respect of the vacant Assembly Constituencies in the State of Tamil Nadu or Parliamentary Elections for 2019, as the case may be, it shall pass appropriate directions in compliance with the interim order of the High Court dated 9th March, 2018, within one week from the date of release of such Press Note or Notification and in any case, before the date notified for filing of the nominations, whichever is earlier.

The Bench upheld the High Court’s interim order and said “We have no hesitation in agreeing with the High Court that for doing justice and protecting the interests of all concerned and to uphold the democratic principles, including for ensuring free and fair elections, it would be just and proper to continue the interim arrangement as was directed by the EC regarding allotment of a common symbol to the political group represented by Mr. Dinakaran.”

The Bench said in the present case, the decision of the Election Commission is sub judice before the High Court and the claim of the group or faction of being the original registered recognized State political party represented by Mr. Dinakaran would be subject to the outcome thereof. Until such time, there is no just reason as to why the interim arrangement such as ordered by the Election Commission in terms of the interim order dated 22nd March, 2017 (allotting pressure cooker), as applicable to the group represented by Mr. Dinakaran ought not to continue.

The Bench said it may not be just and fair to ask the splinter group to give up its claim of a real political party until the dispute is finally settled by the court of competent jurisdiction, which would be the consequence of seeking registration. The elected representatives, who are members of the group, may have to face the risk of incurring disqualification because of giving certain declarations whilst applying for registration of a new political party.

Resultantly, an interim arrangement which would be just and fair and not cause any prejudice, whatsoever, to the other group which has been presently recognized by the ECI as the real political party, namely, AIADMK, is imperative, the Bench added.