Mahila Congress chief Sushmita Dev alleged the Triple Talaq Bill is yet another tool of PM Narendra Modi to put Muslim men behind the bars. 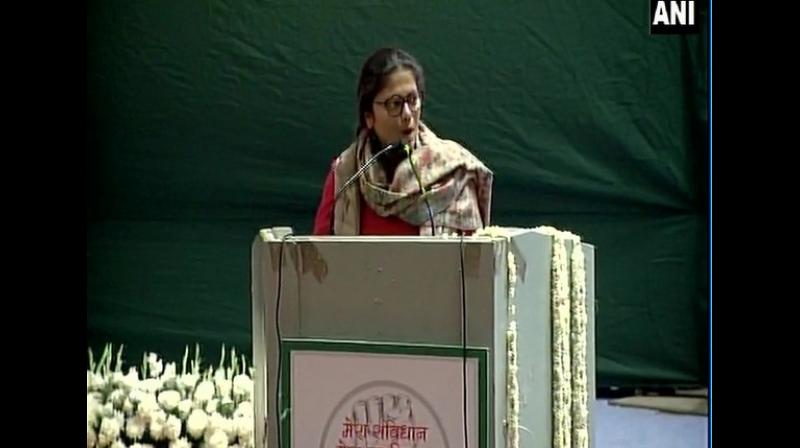 New Delhi: Bringing back memories of the mid-1980s Shah Bano case, when the Rajiv Gandhi government was accused of failing Muslim women, Congress women’s wing chief Sushmita Dev declared on Thursday that the party would scrap the new triple talaq law if it was voted to power.

“A lot of people told us that women will be empowered if the Triple Talaq Bill is passed. But we opposed that law because it is a weapon Narendra Modiji has prepared to put Muslim men in jail and make them stand in police stations,” Ms Dev said.

Addressing the Congress’ minority wing convention here, the Congress MP from Silchar alleged that Prime Minister Modi had created an atmosphere where Muslim women were being pitted against Muslim men through the triple talaq law. Claiming that Muslim women from all parts of the country had written “crores of letters, carrying out signature campaigns and rebelling against” the law, she said: “The Congress Party stood up and opposed it in Parliament. I promise you that the Congress government will come in 2019 and we will scrap this law. But it is also certain that whatever law is brought for women’s empowerment, by whichever government, the Congress will support it.”

Attacking the Congress and its president Rahul Gandhi for its appeasement politics, the BJP on Thursday accused it of having no regard for the Supreme Court, and also hit out at Mr Gandhi for using “inappropriate words” against Mr Modi, saying it showed the Congress president’s “mentality and nervousness”.

Launching a scathing attack on the PM, the Congress president had called him a “darpok” (coward), and dared him to a five-minute face-to-face debate on issues like Rafale and national security. He also said the RSS was trying to capture the country’s institutions and said that his party’s governments in Rajasthan, Madhya Pradesh and Chhattisgarh would remove the Sangh’s loyalists from the system.

It may be recalled that Shah Bano was a controversial maintenance lawsuit in which the Supreme Court delivered an order favouring maintenance given to an aggrieved divorced Muslim woman. The then Congress government, led by Rajiv Gandhi, gave into the pressure of Muslim orthodoxy and enacted a law with its most controversial aspect being the right to maintenance for the period of iddat after the divorce, and shifting the onus of maintaining her to her relatives or the waqf board.