In a communique, the ministry said vaccine will be supplied to the identified consignee points of 19 states and union territories 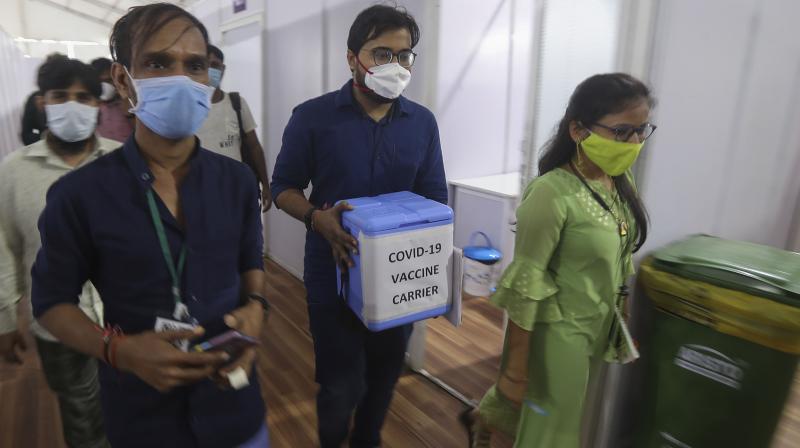 As a simulation of actual execution of the vaccine roll-out, another round of dry run will be conducted in all districts except Uttar Pradesh and Haryana, on January 8. (Representational Photo:AP)

New Delhi: The Union health ministry has informed states and union territories that they are likely to receive the first supply of Covid-19 vaccine shortly and asked them to be prepared to accept these consignments.

The vaccine for remaining 18 states and UTs will be received from their respective government medical store depots. Dr Pradeep Halder, advisor, Reproductive and Child Health (RCH) in the health ministry, said.

Meanwhile, as a simulation of actual execution of the vaccine roll-out, another round of dry run will be conducted in all districts except Uttar Pradesh and Haryana, on January 8.

In Pune, the Airports Authority of India (AAI) said it is geared up to deploy its resources to facilitate transportation of the vaccine across the country. Consignments of 'Covishield' vaccine, manufactured at city-based Serum Institute of India (SII), are scheduled to be dispatched to various locations in the country from the Pune airport.

Vardhan interacted with the health ministers and principal secretaries and additional chief secretaries through video conference to review the preparedness for the mock drill. “The objective of the mock drill on COVID-19 vaccination is to simulate the actual vaccine administration event,” the ministry said.