India   All India  08 Jan 2021  Allow panchayats to deal with problematic wild animals: National Board of Wildlife
India, All India

Allow panchayats to deal with problematic wild animals: National Board of Wildlife

Some states, such as Gujarat, already allow gram panchayats to take the decision on dealing with human-animal conflicts 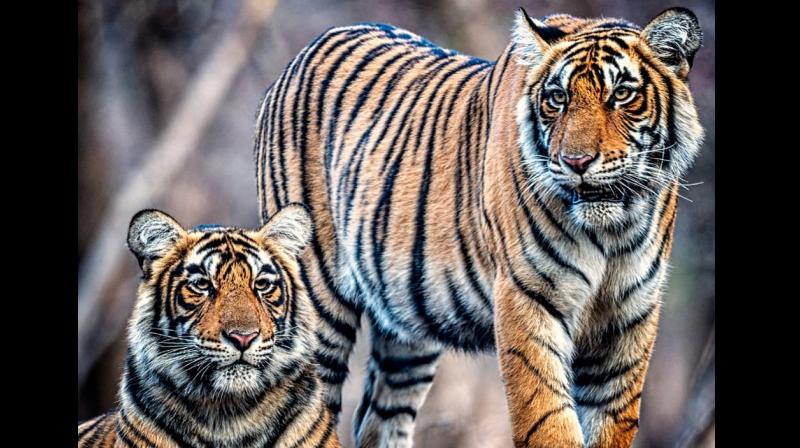 Incidents involving animals in Schedule I of the Act, such as the tiger or the leopard and other big carnivores, will not fall under the purview of the new advisory. — Representational image

Hyderabad: If the Union ministry of environment, forests and climate change has its way, the day may not be far when gram panchayats will be able to take decisions on how to deal with wild animals that may have become a threat to their lives or livelihoods.

In a significant decision that may have far-reaching consequences with respect to protection of wildlife, and how authorities may have to deal with human-wildlife conflict situations, the National Board of Wildlife (NBWL) has advised all states and union territories (UTs) to give gram panchayats powers to deal with situations relating to ‘problematic’ wild animals.

The Standing Committee of the NBWL, that met in New Delhi this past Monday, approved an advisory that envisages empowering gram panchayats to deal with “problematic wild animals as per the section 11 (1) (b) of Wild Life (Protection) Act, 1972.” This provision gives the power to deal with a wild animal to the Chief Wildlife Warden (CWW) or an authorised officer.

As per the law, such an officer or the CWW may, if satisfied that any wild animal specified in Schedules II to IV of the Act has become dangerous to human life or to property, may issue orders for it to be hunted.

However, incidents involving animals in Schedule I of the Act, such as the tiger or the leopard and other big carnivores, will not fall under the purview of the new advisory.

For instance, the local gram panchayats in Kumaram Bheem-Asifabad district, that saw two cases of people being killed this past November, by a wandering tiger, will not be allowed to take decisions on how to deal with the situation. It would be dealt with according to provisions laid down by the National Tiger Conservation Authority (NTCA).

“This is in essence, kicking the responsibility of dealing with a conflict situation from one to another,” K. Ullas Karanth, respected wildlife biologist and leading tiger expert in the world, told Deccan Chronicle. The CWW has the power under the law to declare any action in a human-animal conflict situation. Somebody will have to accept the responsibility for an action and that will be an officer of the government. “An advisory is just that, an advisory. Changes in the process will require amendments to the law,” karanth said.

According to Nawab Shafat Ali Khan, a well-known hunder of problem animals, “the desired result will not be achieved by such decisions unless there is a change in the mindset when it comes to dealing with human-animal conflicts.”

Some states, such as Gujarat, already allow gram panchayats to take the decision on dealing with human-animal conflicts but any decision taken by the village governments have to be communicated to the forest officials and the action has to comply with all rules and laws dealing with a problem animal.