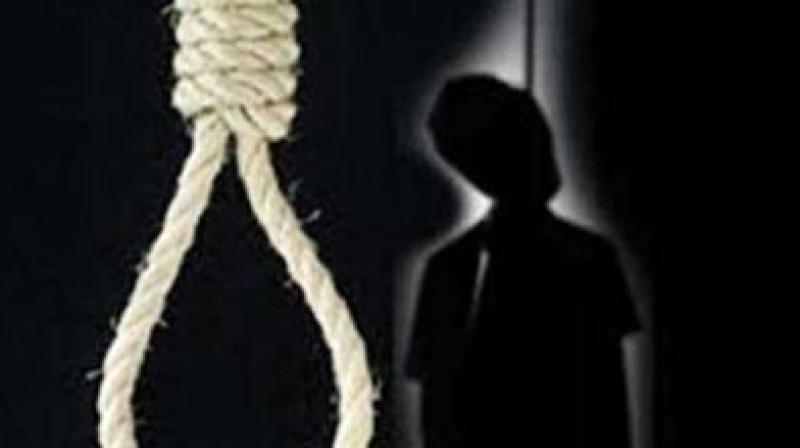 Some reports said the four reportedly broke down after the death warrant. (Photo: File | Representational)

NEW DELHI: Ending a seven-year long wait for Nirbhaya’s family for justice, a Delhi court on Tuesday issued the death warrants for all the four convicts in the 2012 gang-rape and murder case. The four will be hanged on January 22 at 7 am in Delhi’s Tihar Jail.

Additional sessions judge Satish Arora issued the death warrants for Mukesh (32), Pawan Gupta (25), Vinay Sharma (26) and Akshay Kumar Singh (31) at around 3.30 pm. During the in camera proceedings, he interacted with the four convicts through video conferencing from Tihar jail and conveyed his decision.

Some reports said the four reportedly broke down after the death warrant.

The court said the convicts can use their legal remedies within 14 days. A.P. Singh, the lawyer for the convicts, said that they will file a curative petition in the Supreme Court. When taken up, the convicts’ pleas will be heard in person by the judges in their chamber.

The convicts have been lodged in separate cells in Tihar, in solitary confinement, and will be allowed one last meeting with their families.

The execution is expected to take place in Jail 3 of Tihar, where dummy trials have reportedly been carried out to test the gallows. Officials say ropes have been brought from Buxar, Bihar, the kind used to hang Parliament attack convict Afzal Guru in 2013.

Reports said the scaffold in Tihar has been widened so that all four can be hanged at the same time.

After the court issued the death warrants, the lawyers and family members of the convicts came out of the courtroom and informed the media about court’s order.

Victim’s parents said they were satisfied with the order. Nirbhaya’s father Badrinath Singh said: “I am happy with the court’s decision. The convicts will be hanged at 7 am on January 22. This decision will instil fear in people who commit such crimes.”

Nirbhaya’s mother Asha Devi expressed satisfaction over the judgement saying that her daughter has got justice and the order will strengthen the trust of people in the judicial system. “Absolutely. Execution of the four convicts will empower the
women of the country,” she said.

The 23-year-old paramedic student, referred to as Nirbhaya (fearless), was gangraped and brutally assaulted on the intervening night of December 16-17, 2012, inside a moving bus in south Delhi by six persons before being thrown out on the road. She died on December 29, 2012, at Mount Elizabeth Hospital in Singapore.

It was a crime of staggering brutality that provoked street protests across the country and abroad and became a rallying point for stricter laws to punish rapists and ensure the safety of women.

The Supreme Court had, on December 18 last year, dismissed the plea of Akshay seeking a review of its decision July 9 decision, saying review petition is not “re-hearing of appeal over and over again” and that it had already considered the mitigating and aggravating circumstances while upholding the death penalty.

On July 9, the apex court had dismissed the review pleas filed by the other three convicts in the case, saying no grounds have been made out by them for a review of its 2017 verdict that upheld the capital punishment awarded to them by the Delhi high court and the trial court.

Arguing against any review of the death sentence, solicitor general Tushar Mehta had said last month: “There are certain crimes where ‘humanity cries’ and this case is one of them. On that fateful day, God also must have held his head in shame for two reasons. First, for not being able to save the innocent girl, and second, for having created these five monsters.”

One of the six accused in the case, Ram Singh, allegedly committed suicide in Tihar Jail. The sixth accused, a juvenile, was convicted by a juvenile justice board and was released from a reform home after serving a three-year term.

Inside the Patiala House courtroom on Tuesday, the prosecution, while urging the court to issue the death warrants, said there was no application pending before any judge or the President by any of the convicts since the review petitions of all the convicts were dismissed by the Supreme Court. “In between the issuance and the execution of death warrants, if the convicts want to file curative petitions, they can do so,” it added.

After the court reserved the order for 3.30 pm on issuance of death warrants, Mukesh’s mother entered the court room crying and urged the court to show mercy. The court refused to entertain her.

Just before the order, she walked up to Nirbhaya’s mother and pleaded with her. “I appeal to you to forgive my son. I am begging for his life,” she said, holding her sari before her in a gesture of begging. “I had a daughter too. How can I forget what happened with her? I have been waiting for justice for seven years...,” Nirbhaya’s mother, Asha Devi, responded.

Talking to media persons outside the courtroom, Mukesh’s mother said her son had been framed because he was poor.