India   All India  08 Jan 2020  Nature should have rights just as much as human beings do
India, All India

Nature should have rights just as much as human beings do

This is the developmental challenge that environmental conservation is faced with. 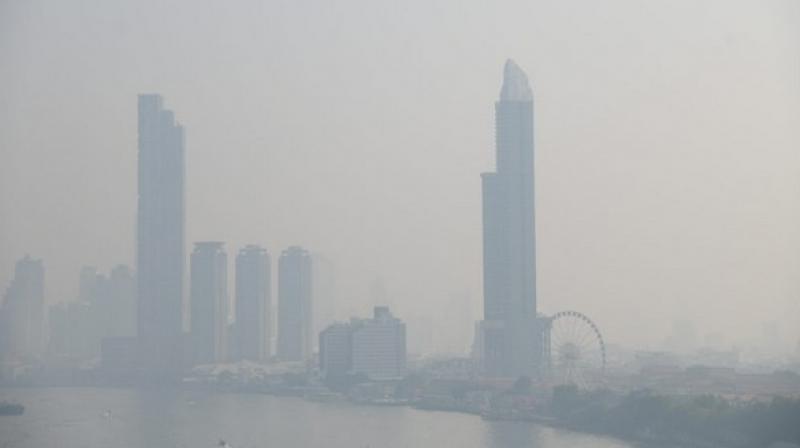 Human life needs to work with nature instead of resisting it. (Photo: ANI)

Imagine a primitive agricultural society back in human history when civilisation was first taking shape. Demand for food based on local conditions would require the selection of certain crops to be grown. In this, the society would have to face many challenges, including the climate, pests, crop diseases and so on that are largely due to natural causes. In addition to this, architectural organisation in such a society would also need to protect humans from the climate, wild animals and ensure a strategy for survival. Such a society is built around survival in a natural setting, moving from a Darwinian setting to social organisation in that primitive community. In such a setting, culture emerges as resistance against Darwinian survival. This is how human culture had begun, as civilisation kept on evolving newer and newer tools to resist nature, not harmonise with it.

If in the beginning, the need to resist nature had been survival, this need has been evolving as a crescendo of needs, each one looking to consume resources in a physical space largely limited to our planet and the nearby solar system. This has given rise to the human economy, which, unlike nature, that cycles all matter by transforming them into new forms, has in the immediate or short term, only dedicated itself to cycle capital by transforming it into various forms. Nature cycles matter, but it does so within a certain balance that human society and economy disrupts. Many of these human disruptions are harmful for the environment’s balance in relation to life on earth, and has given rise to the current geological age, named as the Anthropocene, as being an age in which human activity has been the dominant influence on the environment on earth.

Much of these disruptions due to human activity has been due to human needs not being in harmony with nature. The great inconsistency in human life existing with nature has been one of resistance to nature and not harmony with nature. Human needs have taken the form of capital and have circulated in a way that disrupts the natural circulation of matter, often in mutually harmful ways. An example of such is climate change. Another example is pollution. There are many more examples. This is the developmental challenge that environmental conservation is faced with. It requires a strategy of sustainable development that brings human needs at harmony instead of resistance to the environment. Human life needs to work with nature instead of resisting it. This resistance has the ideology of mastery over nature instead of harmony with nature by finding a balance, an equilibrium with natural processes.

If we are to harmonise human life with nature and find a balance, we will need to harmonise human needs with nature and find a balance. For this, it is necessary to take a basic needs approach to start with that looks at basic human needs such as food, shelter and so on that are related to nature. The infrastructure for a basic needs approach already exists. Mastery over nature asserts that nature is not perfect for human life, and human needs then go on to look for perfection in everything that is designed with only human needs in mind. Harmony with nature instead asserts that nature is not perfect, but that we must not impose ourselves upon nature, seek to understand it, look at the responsibility in terms of the cause and effect of our actions and argue with nature over how our modification to nature, which inherently we do with most of developmental work, returns a result that is most feasible. This indeed is how science understands nature, and this is also the method of how the rights of human beings are determined in law.

A human being’s rights come into being only when there is a social demand for such a right. Nature often cannot speak for itself, and in the absence of a voice, an articulate social demand cannot be made by nature to humans. The demands of nature need to be communicated and this has to be the basis for nature to have rights. There is a communication gap in terms of nature’s demands. In terms of the economy, even human social demands are sometimes ignored in favour of consumer demand. In mentioning social demand, I mean demand that is distinct from consumer demand as defined in the economy. Such social demand can refer to demands made in society such as for education, human rights and so on to satisfy needs as articulated by human development indicators that don’t only refer to economic consumption.

Giving rights to nature in terms of our responsibilities to the Anthropocene’s effects cannot be limited to the economy, and along with social demand being made favourable to the economy, consumer demand also needs to be made favourable to nature. Such will happen when a mode of thinking of resistance to nature changes into existing in a balance with nature. For such, mass mobilisation is required and an awareness of how our needs can exist in harmony with nature need to be communicated. Instead of only circulating capital cyclically, we must also achieve a balance with nature’s total process. To do this, we must begin by defending nature’s rights and acting on them.