This action has been taken to provide rescue and relief operations during Ganga Sagar Mela between Jan 13 and 15. 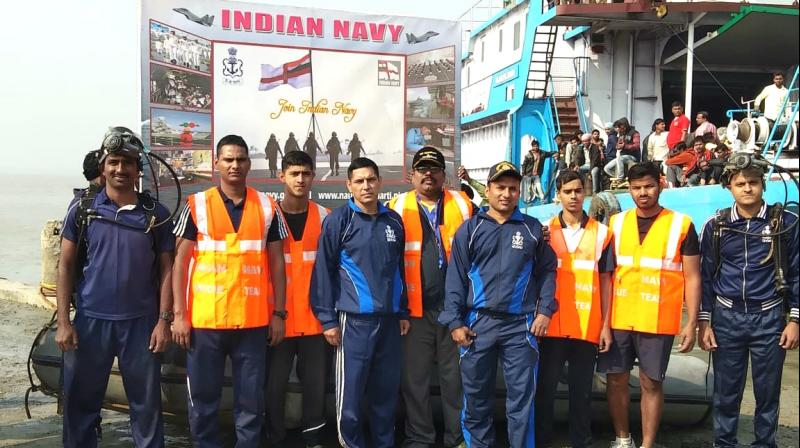 The triangular Sagar Island, situated around 130 kms from Kolkata, is separated from the mainland by rivers Ganga and Muriganga on two sides and faces the sea on the third side. (Photo: Asian Age)

Kolkata: The Indian Navy has deployed a 10-member diving team at the Sagar Island for the upcoming Ganga Sagar Mela, the second largest assembly of pilgrims after the quadrennial Kumbh Mela, off the Bay of Bengal for providing Search and Rescue (SAR) cover for any eventuality.

Around 18-20 lakh devotees are expected to visit Ganga Sagar Mela between January 13 and 15 on the occasion of 'Makar Sankranti' this year.

On Tuesday, the Indian Navy informed that it has positioned a team of specialist Diving Team from January 8 to 17 for rescue and relief operations in case of any eventuality during the mela.

This deployment of the diving team from the Eastern Naval Command comprising of 10 divers has been coordinated by the Naval Officer-in-Charge (West Bengal), Commodore Suprobho K De on special request from the state government, it stated.

The Navy said, "The district administration of South 24 Parganas has also rendered full administrative support to the diving team. In addition, National Disaster Response Force and Indian Coast Guard are also likely to be deployed at the Sagar Island in subsequent days."

During ‘Makar Sankranti’ in January every year, lakhs of devotees from across Indian and neighbouring countries of Nepal, Bhutan and Bangladesh congregate at the annual Ganga Sagar Mela to pay obeisance at Kapil Muni temple after taking a holy bath at the confluence of river Ganga and the Bay of Bengal.

The triangular Sagar Island, situated around 130 kms from Kolkata, is separated from the mainland by rivers Ganga and Muriganga on two sides and faces the sea on the third side.

The island is considered auspicious by the pilgrims, who converge here at this time of the year to take the holy dip which is considered as a sacred wellspring of salvation.