Nomination signalled a generational shift in Himachal BJP, where veterans have a lot of influence. 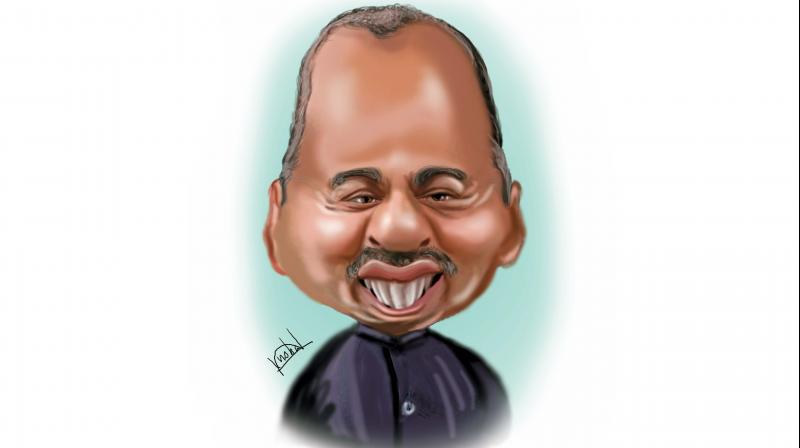 Hardworking, clean image, honest, accessible, balanced, excellent organisational skill and a “yaaron ka yaar” is how many describe the new chief minister of Himachal Pradesh, 52-year old Jai Ram Thakur. Many in the BJP believe that Mr Thakur’s name was selected as the CM to check factionalism in the state unit. The BJP has been battling factionalism in HP and Mr Thakur is not close to any faction. His name for the top post was also backed by the Sangh Parivar cadre. Mr Thakur’s association with the Parivar goes back to his college days when he was with the students wing of the RSS, the Akhil Bharatiya Vidyarthi Parishad(ABVP).

His nomination also signalled a generational shift in the state BJP, where veterans have a lot of influence. It was his support among the Sangh cadre that made him the frontrunner for the top post when names of BJP stalwart P.K. Dhumal and Union minister J.P. Nadda were also doing the rounds for the CM post. Mr Thakur is the first CM in the state from the Mandi region.

Coming from a humble background, Mr Thakur is more famous as a “social worker” than a politician in the hill state. Mr Thakur used to spend hours at hospitals during his college days, helping and assisting people coming from rural areas, who would often find medical lingo a problem. His friends recall how he would involve Sangh’s another wing, Sewa Bharati and  his “large group of friends” to donate for those who could not afford the hospital services. Even his wife, Dr Sadhna Thakur, a doctor, is popular in the region for helping her husband in his social work. The couple often get homegrown fruits, vegetables and farm produce for villagers, who can not afford to pay in cash. The couple have two daughters. The elder daughter could not attend his father’s swearing-in ceremony as she had an exam on that day.

Born in an underprivileged Rajput family in Tandi village of Mandi’s Thunag area, Mr Thakur was fourth among five siblings. He was a bright students but had to take a two years gap after matriculation as his family could not afford college education. His college friends remember how he never used to keep more than two sets of shirts and trousers and used to tell his friends “tum meri aadten bigaad dogae (you will spoil me)” when ever a suggestion used to come to eat out at a restaurant. He always preferred his  favourite food “kadi chawal” over outside food and even now asks for it when he is invited for lunch or dinner. His college friends also fondly remember how he had single handedly organised a college trip to Kanyakumari of 40 students, when the college administration was unwilling. It were his “sangathan ke dosts (ABVP activists)” who hosted and made arrangements where ever the college bus made a night halt.

“Desh ko Modi ji par fakrr hai aur hame hamare Jairam par(country is proud of PM Narendra Modi and we are proud of Jairam),” said one of his friend since college days and added how Mr Thakur had exuberantly introduced them to those who had come to congratulate him before his oath taking ceremony.

A former Vibhag Sangathan Mantri of the ABVP in the state remembers Mr Thakur as someone dedicated to his work and the organisation. His dedication towards the organisation and his social work were the reasons his name was recommended as a BJP candidate to contest against Congress leader Moti Ram Thakur in 1993 from Chachiot. Congress stalwart Virbhadra Singh campaigned for Moti Ram Thakur then to make sure that he wins as his opponent was a popular candidate. Jairam Thakur, who was only 28-years-old then. He lost by a margin of less than 2000 votes. He was fielded again in the next election from the same constituency and had been winning it since then. After delimitation, Chachiot, was renamed Seraj.

Mr Thakur’s parents were not in favor of him joining politics as they believed that in politics “you need lots of money,” something which the family did not have. His father Jhethu Ram was a small farmer but also worked as a mason to run the family. Jai Ram Thakur also financially helped his family in anyway he can all through his college and university days.

There would be days when Thakur used to work till night, pasting posters or getting pamphlets ready or overseeing the arrangements for the organisational meeting but would be ready in the morning for classes.

Mr Thakur was also deputed as ABVP’s in-charge in Jammu and Kashmir in the 90’s. In the BJP, he had held many positions. He was its state unit chief from 2007-2009. He was also the minister of rural development and panchayati raj from 2007-12. He had also unsuccessfully contested the bypolls in 2013 against former CM Virbhadra Singh’s wife Pratibha Singh.