Opposing CBFC's pass for all India release on Jan 25, home minister Gulab Chand Kataria stated, the film will not be released in the state. 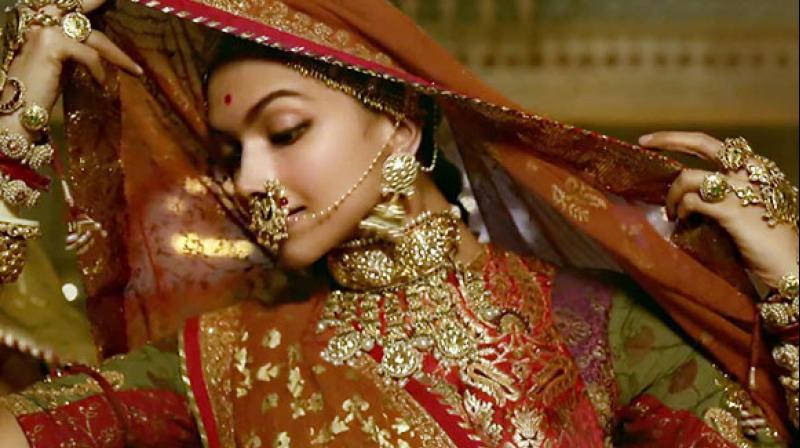 Succumbing to pressure from the community at a time when three by-polls are going to take place later in January, Rajasthan government has decided against the release of the film in the state. (Photo: File)

Jaipur: Despite a name change, Sanjay Leela Bhansali’s controversial film “Padmavati”, which is now renamed as “Padmavat”, continues to face opposition from Rajput community in Rajasthan.

Succumbing to pressure from the community at a time when three by-polls are going to take place later in January, Rajasthan government has decided against the release of the film in the state.

Notwithstanding, clearance from CBFC for all India release on January 25, home minister Gulab Chand Kataria has categorically stated that the film will not be released in the state.

He earlier cited the order from chief minister Vasundhara Raje, who had at the peak of protests against the film had written a letter to Union Information and Broadcasting Minister Smriti Irani and had sought “necessary” changes in the film as suggested by the Centre.

The CM had also said that maintaining law and order in Rajasthan was of highest priority and it will be maintained at all cost with reference to protests against the film.

Although, the home minister took excuse to threat to law and order if the film was allowed to release, it is believed that the ruling BJP was playing safe because of bypolls in the state for two Lok Sabha and one Assembly seats, which have significant presence of the Rajput community.

Only three days ago, Shri Rajput Karni Sena chief Lokendra Singh Kalvi had called upon the community members to gather in Chittorgarh on January 27 and push for a complete ban on the controversial Sanjay Leela Bhansali film 'Padmavati'.

He said that they will not let the film be released at any cost. A panel that reviewed the film in a special screening has expressed the view that some of the facts presented in the film can upset the Rajputs and the Muslims, but the Central Board of Film Certification (CBFC) chief has ignored that, he added.

"We have a very clear stand since day one that we want this film to be banned. The committee made by the CBFC watched the movie and said the movie was vulgar and the facts were distorted. The film is made just to earn money. Along with the name of the movie, the characters names should also be changed," Karni Sena member Mahipal Singh Makrana said.