India   All India  07 Dec 2018  Will come back to power in Telangana with huge majority, says KCR
India, All India

Will come back to power in Telangana with huge majority, says KCR

There is a 'very, very positive' mood among voters towards the party, KCR said. 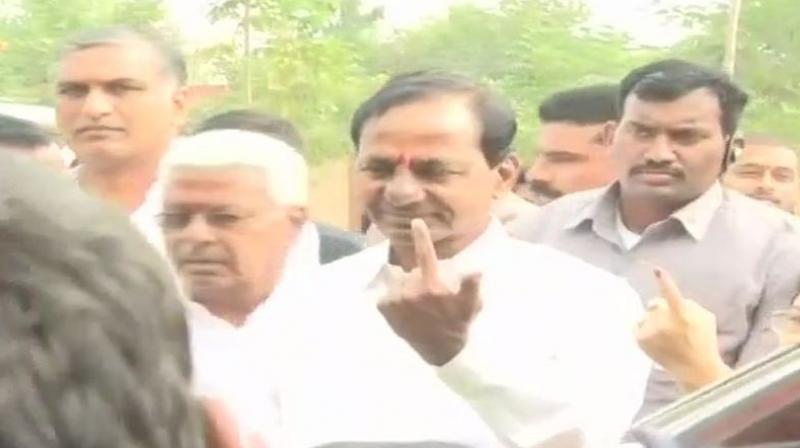 Hyderabad: TRS president K Chandrasekhar Rao on Friday exuded confidence that his party would come back to power in Telangana with a "huge majority."

There is a "very, very positive" mood among voters towards the party, KCR, as Rao is popularly known as, told reporters at his native village Chintamadaka where he cast his vote in the Assembly polls.

The Telangana Rashtra Samiti (TRS) is going alone in the polls.

The principal challenger to TRS in the polls is the 'People's Front' forged by Congress, TDP, CPI and Telangana Jana Samiti (TJS).

The BJP is also going alone.

Counting of votes would be taken up on December 11.

Assembly polls in Telangana were originally scheduled to be held simultaneously with the Lok Sabha polls next year. However, the Legislative Assembly was dissolved prematurely on September six following a recommendation made by the TRS government.