Voter identified as Shiv Shankar, clicked selfie inside polling booth, following which complaint was lodged by an election official. 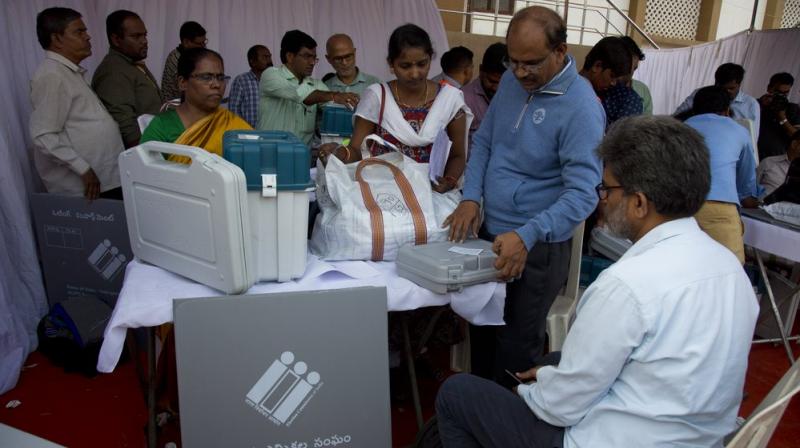 The Election Commission has banned use of mobile phones inside polling stations. (Photo: AP)

: A man was taken into custody after he allegedly took a selfie while casting his vote at a polling station at Rajendra Nagar in on Friday, police said.

The voter identified as Shiv Shankar, clicked a selfie inside the polling booth on Friday morning, following which a complaint was lodged by an election official and a case was registered, they said.

A case under IPC section 188 (Disobedience to order duly promulgated by public servant) has been registered, the DCP said.

The Election Commission has banned use of mobile phones inside polling stations.