Manmohan Singh says, 'We must demand the government to release all the documents related to demonetisation in public domain for scrutiny.' 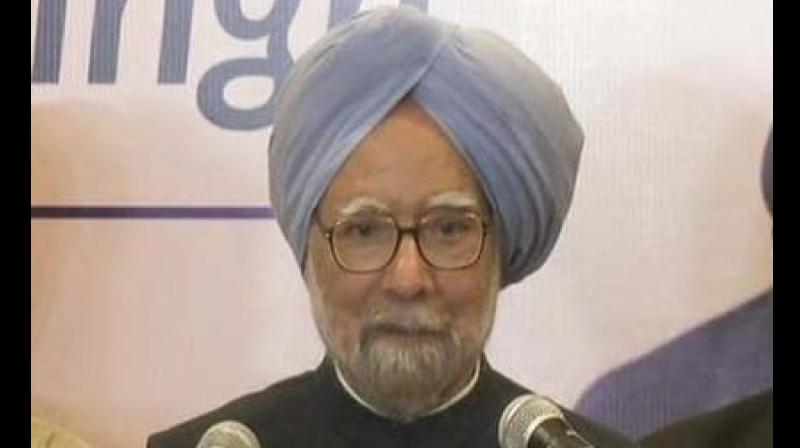 Rajkot: Continuing his attack on Prime Minister Narendra Modi, Dr Manmohan Singh on Thursday once again criticised the demonetisation move and alleged that the former has "betrayed" the trust of Gujaratis.

While addressing a press conference in Gujarat's Rajkot, the former Prime Minister said, "The people of Rajkot and Gujarat trusted the Prime Minister and believed in the policy of demonetisation in the hope that their sacrifice would benefit India. Their faith and hopes have been shattered. Modiji has betrayed the trust that Gujaratis had reposed in him".

"99% of the demonetised currency came back to the banks. It is clear that a lot of black money got converted to white and corruption continues to flourish. One immediate impact of demonetisation has been on job sector. Therefore, demonetisation was an uninformed attack and a disastrous decision for our economy," added Manmohan Singh.

He continued, "I invoke memories of more than 100 people who lost their lives while standing in queues as a result of demonetisation. I say with immense pain and a sense of deep responsibility that November 8 was a black day for our economy and democracy."

Manmohan Singh further averred that people should demand the release of documents related to demonetisation.

"We must demand the government to release all the documents related to demonetisation in public domain for scrutiny," he said.

Manmohan Singh further criticised the lowering GDP, saying, "To equal the UPA's ten year average, the economy will have to grow at 10.6% in the fifth year, I would be happy if it were to happen but I frankly do not think it will".