Director Sanjay Leela Bhansali has been accused by Karni Sena, a fringe political group, of distorting history in the movie. 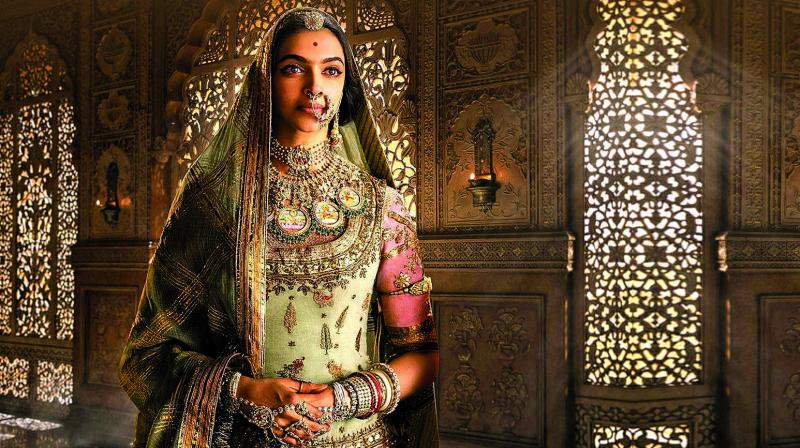 Director Sanjay Leela Bhansali has been accused by Karni Sena, a fringe political group,, of distorting history in the movie by using a romantic dream sequence between the Rajput queen Padmavati and Sultan Alauddin Khilji.

New Delhi: With no end in sight over the certification and release date of the controversial movie Padmavati, the Narendra Modi government has decided to seek the help of eminent historians to check the veracity of scenes in the film.

Sources said that the Union information and broadcasting ministry has sought the help of the human resource development ministry to suggest names of eminent historians who can be part of a Central Board of Film Certification (CBFC) panel to review the controversial content in the Deeepika Padukone starrer.

It is learnt that the I&B ministry has written a letter regarding this to the HRD ministry after it received a request from the Censor Board for historians to verify content that has led to protests from several quarters, including the Rajput community and several political leaders.

The HRD ministry is expected to finalise and suggest names for the panel soon. It is also learnt that the film’s producers have re-submitted their application to the Censor Board.

Director Sanjay Leela Bhansali has been accused by Karni Sena, a fringe political group,, of distorting history in the movie by using a romantic dream sequence between the Rajput queen Padmavati and Sultan Alauddin Khilji. And, after the film’s trailer released, there were protests over the picturisation of the film’s song, Ghoomar.

Mr Bhansali has clarified that the film respects its titular character and portrayal of Rajputs, and that “there is no dream sequence or any objectionable scene between Rani Padmavati and Alauddin Khilji”. Though Alauddin Khilji’s siege of Chittor in 1303 is a historical fact, most modern historians reject the authenticity of Rani Padmavati and say that the best-known story about the siege is a fable.

The earliest source to mention Rani Padmavati is the epic poem, Padmavat, written by Sufi poet Makil Muhammad Jayasi in Awadhi in 1540.

Mr Bhansali’s movie is reportedly based on Jayasi’s ballad, Padmavat. Though the Deepika Padukone-Shahid Kapoor-Ranveer Singh starrer was earlier scheduled to release on December 1, it has now been deferred indefinitely.

Though the film is yet to receive a certification for exhibition in cinema halls, several states, including Madhya Pradesh, Rajasthan, Punjab, Bihar and Gujarat, have banned it.

Last week, Censor Board chief Prasoon Joshi informed a parliamentary committee that an expert panel, including historians, would view and review the content of the film.

Mr Bhansali was also grilled by MPs of the parliamentary panel, which also expressed its displeasure over “selective” media screening of his film, alleging that it was aimed at undermining and influencing the CBFC. Several MPs also expressed their opposition to the film’s trailer and said it should be banned along with the movie. Some members also asked how the film had reached the United Kingdom when it had not been cleared for public viewing here.

Last month the Supreme Court had refused to ban Padmavati, saying it cannot stop a statutory body like the Censor Board from doing its duty of certifying a film by “prematurely” ordering a stay on its release.