Parliament pays tribute to J Jayalalithaa; adjourns for the day

The central government will also accord state funeral to Ms Jayalalithaa, who died on Monday. 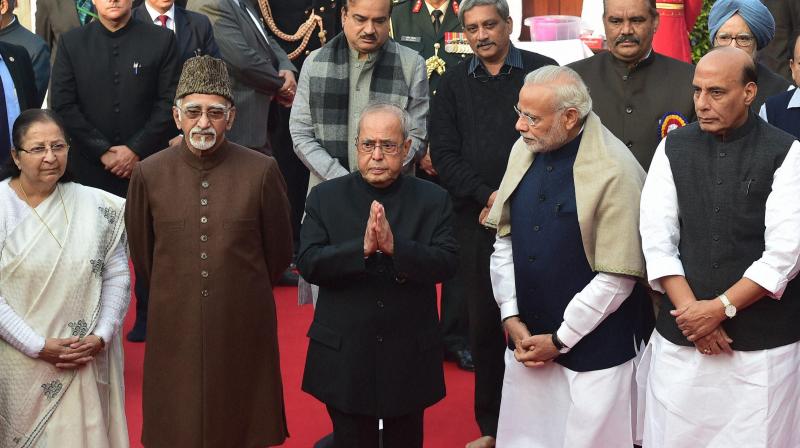 New Delhi: The Centre on Tuesday declared one-day state mourning in view of the demise of Tamil Nadu chief minister J Jayalalithaa, who passed away late on Monday night.

A home ministry spokesperson said the national flag on all government buildings across the country will be flown at half-mast throughout the day.

The central government will also accord state funeral to Ms Jayalalithaa, who died on Monday.

Meanwhile, Parliament on Tuesday condoled the death of Ms Jayalalithaa saying the country has lost a courageous and charismatic leader, before adjourning the proceedings for the day as a mark of respect for the departed soul.

After paying tributes to Ms Jayalalithaa, who was also a Rajya Sabha member from 1984-89, members in both Houses stood in silence for a brief while.

Rajya Sabha Chairman Hamid Ansari said that in the passing away of Ms Jayalalithaa, the country has lost a prominent leader, distinguished Parlimentarian and an able administrator.

Describing Ms Jayalalithaa as a “charismatic personality”, Mr Ansari said her contribution to economic development and deprived sections of the society would long be cherished. “We deeply mourn her passing away,” Mr Ansari said.