The experiences of partition were extremely painful, but the country also gained independence, says Amit. 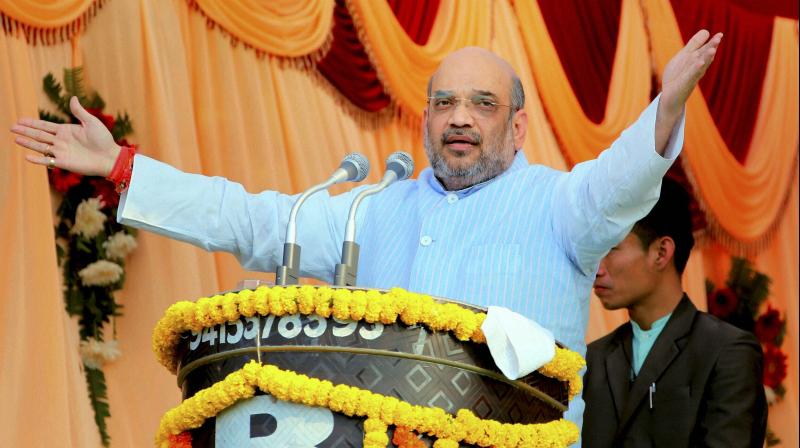 New Delhi: Notwithstanding the Opposition’s flak over cash crunch after Centre’s demonetisation decision, BJP president Amit Shah on Tuesday asserted that the decision has “changed the rules of the game” for all parties as black money will now be out of elections. Mr Shah claimed that the upcoming Uttar Pradesh Assembly elections will be contested on performance and not on politics of caste and nepotism.

Speaking at an event of a private news channel, Mr Shah also hit out at former Prime Minister Manmohan Singh, who has criticised the demonetisation move, saying that despite being an economist, Dr Singh brought the growth rate down “from 8 per cent to 4 per cent” while a “chaiwallah” PM has again raised it to 7.6 per cent.

Insisting that people are supporting the demonetisation move, Mr Shah said it has also “changed the rules of the game by dealing a blow to black money” which was used in elections. “If it causes problems, it will cause problems for all parties.”

It will be a level playing field. We want that black money is removed from the system, it is they who don’t want it,” Mr Shah said.

To a question on BSP’s Mayawati calling it a “financial emergency,” Mr Shah responded with a jibe saying it was definitely so for her party.

Asked about reports on unscrupulous elements carrying out a “counter surgical strike” by devising ways of turning black money into “white,” Mr Shah said, “it’s not easy”. He added that even when the country got independence “some people only talked about partition.”

The experiences of partition were extremely painful, but the country also gained independence,” he said.

Asked about Dr Singh’s criticism, Mr Shah said that he is an economist who was at top financial positions for years from RBI to finance ministry to being Prime Minister.

“Former Prime Minister Atal Bihari Vajpayee was not an economist but he had taken the economy to a growth rate of 8 per cent....Then Singh became PM and left it at 4 per cent. Now a ‘chaiwallah’ PM has taken over and again raised it to 7.6 per cent,” Mr Shah said.