States to pay Rs 100/quintal to farmers for not burning stubble. 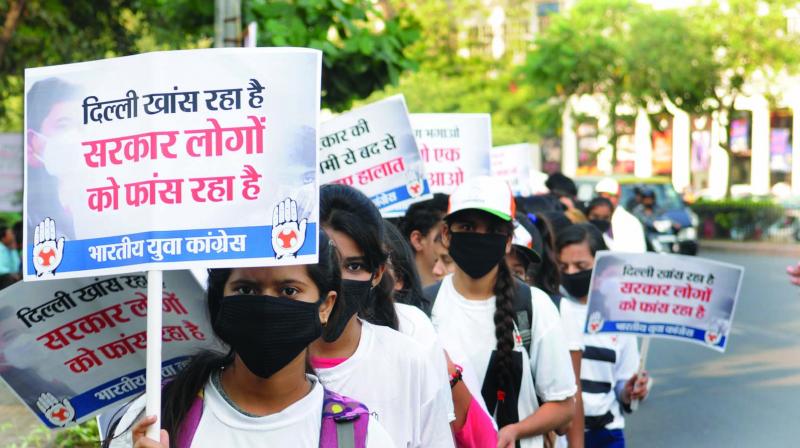 New Delhi: The Supreme Court on Wednesday said that time has come when officials will have to be accountable for not acting in time and prevent a situation from becoming alarming as it ordered Punjab, Haryana and Uttar Pradesh to ensure that farmers did not burn paddy stubble causing pollution in the national capital and directed them to pay Rs 100 per quintal to small and marginal farmers as incentive for not burning stubble.

“Time has come, we are going to fix the responsibility on the government and the officials. You are responsible. You are not acting. You are sitting in ivory tower”, Justice Arun Mishra told the chief secretary of Punjab pointing out that what has happened was because of “sheer inaction of state machinery.”

Things would not have come to a pass if he himself was sensitive to the issue and had acted in time to prevent stubble-burning, Justice Mishra told him.

A farmer produces around 22 to 24 quintal of paddy per acre and as such would be getting upto `2400 per acre as incentive. Besides giving an incentive of `100 per quintal to the farmers to dissuade them from burning the stubble, the court said that three states would also provide the small and marginal farmers with the machines for cutting the stubble and mixing it in the fields and the states would bear their operational costs.

The court gave three months’ time to the Centre, Punjab, Haryana, Uttar Pradesh and Delhi to formulate plan to take care of environmental and other related issues. The court said that plan so formulated would be applicable to other states as well.

Telling the chief secretaries of Punjab, Haryana, Uttar Pradesh and Delhi that it was incumbent upon them to act in time to prevent the situation that the national capital has undergone due to stubble-burning, Justice Mishra said that time has come when officers have be saddled with accountability if they fail to discharge their responsibilities.

In the course of tough questioning by the court, the Punjab chief secretary said that Punjab with over `2lakh crore debt had difficulty in making payment of salaries and meeting other expanses of the state. He was once again on backfoot as he told the court that stubble had a high silica level and thus could not be used as fodder for the cattle.

Even before he completed, Justice Mishra said: “So you will allow it to be burnt and let human beings die. Every year it is happening. You have failed.  We have forgotten the concept of welfare state”, Justice Mishra said as the chief secretary admitted that Punjab does not have a policy for dealing with stubble.