India   All India  07 Nov 2019  Sena rubbishes reports of shifting MLAs to resort; says no talks with RSS yet
India, All India

Sena rubbishes reports of shifting MLAs to resort; says no talks with RSS yet

As deadline to form govt in Maharashtra nears, Raut reiterated that the CM would be from Shiv Sena. 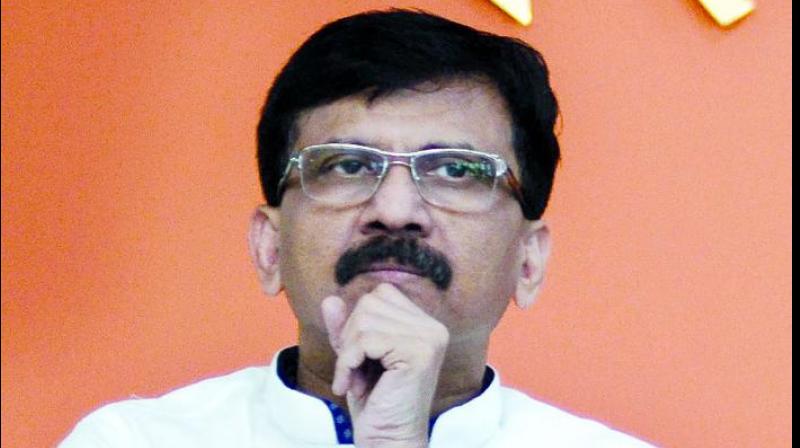 'There is no need for us to do this, our MLAs are firm in their resolve and committed to the party. Those who are spreading such rumours should worry about their MLAs first,' said Sanjay Raut. (Photo: File)

Mumbai: Shiv Sena leader Sanjay Raut on Thursday dismissed reports that MLAs of his party are being shifted to a resort as rumours while asserting that Shiv Sena legislators are committed to the party and there is no need to do so.

"There is no need for us to do this, our MLAs are firm in their resolve and committed to the party. Those who are spreading such rumours should worry about their MLAs first," said Sanjay Raut, here on Thursday.

As the deadline to form the government in Maharashtra nears, Raut reiterated that the Chief Minister would be from Shiv Sena.

"The Chief Minister will be from Shiv Sena," he said.

"Shivsena is an alliance partner of @BJP4India and part of #Mahayuti If it feels scared that #BJP will poach their MLAs, then we can very well understand how much #BJP is morally corrupt and why we must save Maharashtra from them. Does #Mahayuti have moral rights to form govt now?" tweeted Congress leader Sachin Sawant.

Shiv Sena is apparently putting all its weight behind its demand of making Aaditya Thackeray as the Chief Minister of Maharashtra.

As the deadline of November 9 for government formation in Maharashtra is fast approaching, the Shiv Sena is not ready to settle for anything less than equal share in Cabinet portfolios and the Chief Minster's post for 2.5 years.

The BJP has emerged as the single largest party by winning 105 seats in the recently held Assembly polls. The Shiv Sena got 56 seats in 288-member Vidhan Sabha.

There have been no talks yet between RSS chief Mohan Bhagwat and Shiv Sena president Uddhav Thackeray on government formation in Maharashtra, Sena leader Sanjay Raut said.

Talking to reporters here ahead of the meeting of Shiv Sena MLAs with Thackeray, Raut said legislators of his party and the opposition Congress and NCP "would not cross sides".

"There have been no talks yet between Bhagwat and Thackeray," the RS member said.