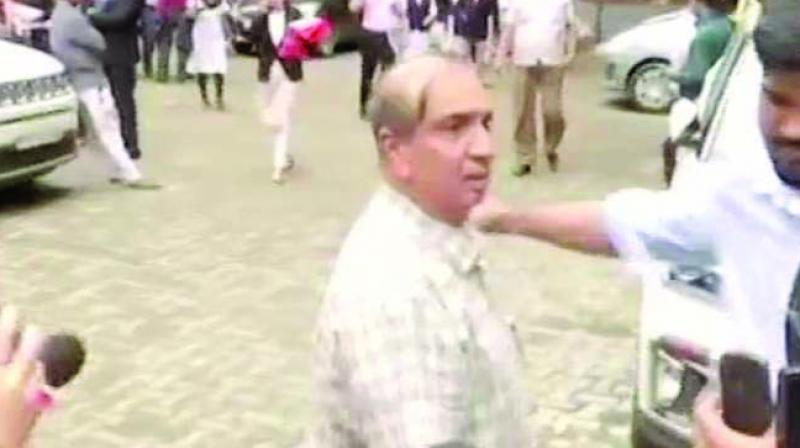 Mumbai: The Enforcement Directorate (ED) Wednesday filed its reply on the bail application of accused Humayun Merchant, alleged aide of deceased gangster Iqbal Mirchi. The ED stated that the investigation is at a crucial stage and the accused may hamper the investigation if bail is allowed.

In his nine-page reply, Ram Dixit, assistant director in court, opposed bail saying that the accused knows the direction of the investigation and may tip-off other suspected persons to evade investigation.

Stressing on the sensitive nature of the case, Dixit said, “This case involves a huge amount of proceeds of the crime apparently generated from the organised crime sector. The ED is investigating whether money was used for terror activities or trading in narcotics. The case also appears to have international ramifications.”

The ED vehemently opposed the bail plea and said that bail has been filed as per the Criminal Procedure Code but it should have been filed under sections 45 and 24 of the PMLA act. The ED also said that Merchant was a close aide and relative who acted as a front for Mirchi’s properties and helped launder crores of rupees outside India.

According to the affidavit, the investigation revealed that the accused played a crucial role in Mirchi’s illegal dealings related to his three properties in Worli. After Mirchi absconded, Merc-hant worked as Mirchi’s frontman in his dealings with Joy Home Creation Pvt. Ltd. and Sublink Real Estate Pvt. Ltd.

ED said that during the investigation, Merchant revealed that he had arranged a meeting between Joy Home Creation Pvt. Ltd., Sublink Real Estate Pvt. Ltd., and Mirchi in London. Merchant received `5 crores on behalf of Mirchi and the same was transferred to Mirchi’s son, Junaid Memon.

Merchant was arrested on October 22 after his role of acting as a front and facilitator for the sale of properties belonging to Mirchi came to light following the arrests of Haroun Yusuf and Ranjit Singh Bindra.