Gujarat Deputy CM said BJP govt was willing to change Ahmedabad's name if it gets past legal hurdles and receives required support. 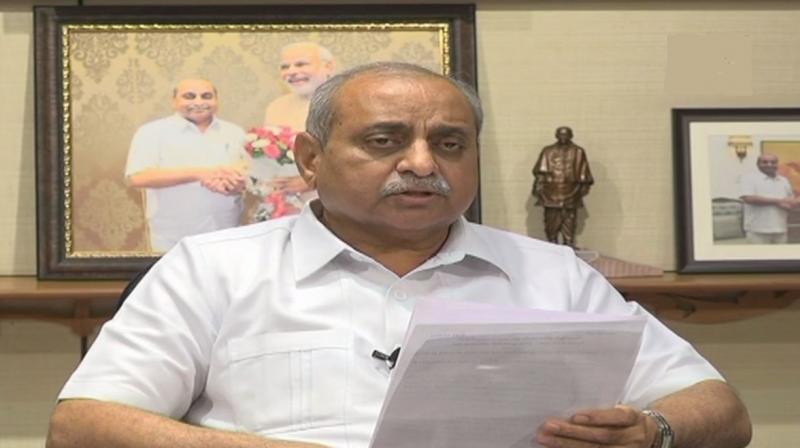 Ahmedabad: Hours after Uttar Pradesh Chief Minister Yogi Adityanath announced the renaming of Faizabad district as Ayodhya, the Gujarat government on Tuesday said it was keen on renaming Ahmedabad as Karnavati, if there were no legal hurdles.

Speaking to reporters in Gandhinagar, Deputy Chief Minister Nitin Patel said the Bharatiya Janata Party (BJP) government was willing to change Ahmedabad's name if it gets past the legal hurdles and receives required support.

"People are still having a feeling that Ahmedabad should be renamed as Karnavati. If we get required support to overcome the legal hurdles, we are always ready to change the name of the city," Patel told reporters when asked if the state government had a plan to rename India's only city having the 'World Heritage' tag.

Historically, the area around Ahmedabad has been inhabited since the 11th century, when it was known as Ashaval.

Chaulukya ruler Karna of Anhilwara (modern Patan) had waged a successful war against the Bhil king of Ashaval and established a city called Karnavati on the banks of the Sabarmati river.

Sultan Ahmed Shah in 1411 AD had laid the foundation of a new walled city near Karnavati and named it Ahmedabad after the four saints in the area by the name Ahmed.

"We can think of changing the name at an appropriate time," Patel added.

Slamming the BJP government over the issue, state unit Congress spokesperson Manish Doshi said the promise to rename Ahmedabad was just another "poll gimmick" by the ruling party.

"For the BJP, issues like construction of a Ram temple in Ayodhya and renaming Ahmedabad as Karnavati are the means to get votes of Hindus," said Doshi.

"BJP leaders dump such issues after coming to power. They only cheated Hindus all these years," he added.

Uttar Pradesh Chief Minister Yogi Adityanath on the eve of Diwali announced that Faizabad district would henceforth be known as Ayodhya.

"Ayodhya is a symbol of our 'aan, baan aur shaan' (honour, pride and prestige)," Yogi Adityanath said in Ayodhya.

The BJP government in the northern state had already renamed Allahabad as Prayagraj.