Defence and security ties between India and France have witnessed an upward trajectory in the past few years. 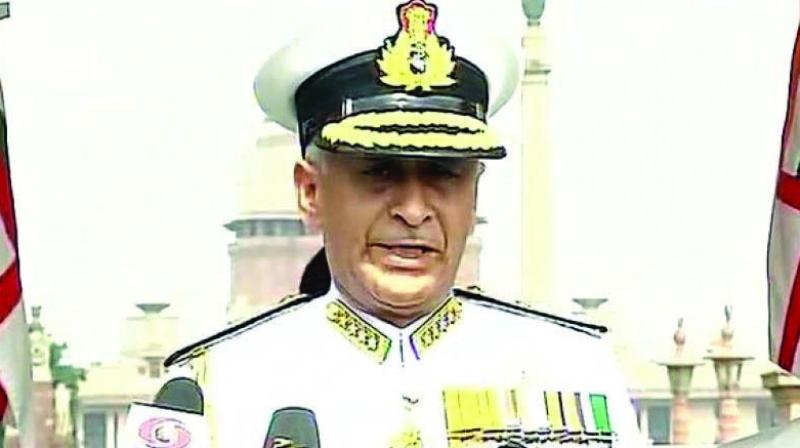 New Delhi: Navy chief Admiral Sunil Lanba has begun a six-day visit to France to explore new avenues of cooperation between armed forces of the two countries. In a statement, the Navy said that Admiral Lanba will meet French defense minister Florence Parly, and will hold talks with chief of defense staff general Francois Lecointre and chief of French navy Admiral Christophe Prazuck. The statement said, “The visit aims to consolidate cooperation between armed forces of both India and France and also explore new avenues of defense cooperation.”

According to news agency PTI, Admiral Lanba, during his visit from November 5 to November 10, will also visit the French airbase at Landivisiau, where he will be briefed on operational employability of Rafale aircraft by the French air force. In September last year, India had signed an Euro 7.87 billion (approx. Rs 59,000 crore) deal with the French government for purchase of 36 Rafale twin-engine fighter jets. The supply of Rafale jets is scheduled to start from September 2019.

Admiral Lanba’s visit to France comes 10 days after the French defence minister visited India, during which time, both sides decided to expand their military cooperation in the strategically key Indo-Pacific region, besides resolving to further ramp up overall defense and security ties.

Admiral Lanba is also the chairman of the powerful chiefs of staff committee (CoSC) which comprises army, navy and IAF chiefs. He will also be visiting the maritime prefectures at Brest and Cherbourg, and the French submarine facility at Cherbourg.

Defence and security ties between India and France have witnessed an upward trajectory in the past few years. The two countries established a strategic partnership in 1998, enhancing bilateral cooperation in strategic areas such as defence, nuclear energy, and space. The Indian navy cooperates with the French navy on many issues, including operational interactions such as the Varuna series of bilateral exercises. French shipbuilding major Naval Group, formerly DCNS, is part of the Indian navy’s project, P 75, under which, six Scorpene submarines are being made in India with transfer of technology from the French firm. Warships from the Indian navy have been regularly visiting ports at France.