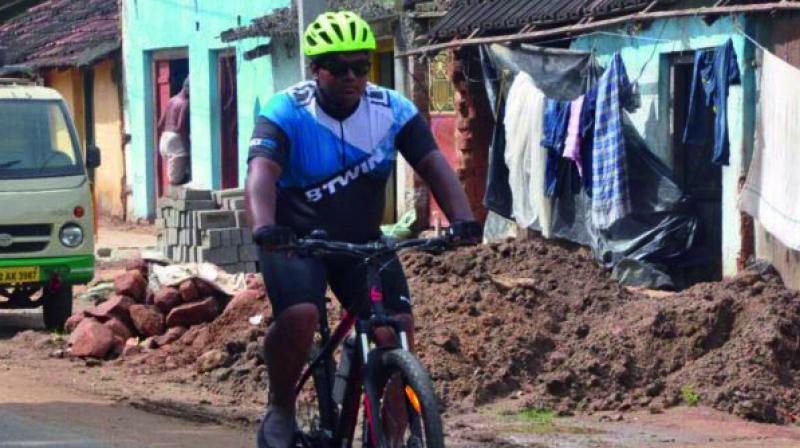 Bhubaneswar: Nayagarh district collector Arindam Dakua has embarked on a new mission — to interact with people at the grassroots and to get first hand information on the implementation of various government programmes and schemes.

And for this, the collector does not follow in the footsteps of his peers who travel to villages in their air-conditioned cars with supporting staff. He rides his bicycle to the villages.

On Thursday, people living in far-flung forest and hilly areas were surprised when they found the collector riding a bicycle. He asked about their well-being.

On the way, the collector did not divulge his identity to people in order to get unbiased information on whether they have availed government schemes meant for them.

However, when he visited certain schools and other institutions, people recognised him.

Seeing the collector at their doorsteps, elderly men and women affectionately surrounded him and voiced their grievances.  They also submitted him petitions on community issues, road infrastructure, electricity, drinking water and sanitation.

The collector noted down the grievances and assured them of taking appropriate steps.

“I love to mingle and interact with the people as it helps me understand the ground situation better. I see it as an opportunity to reach out to the people at the grassroots, know their problems and grievances. This gives me better understanding of the functioning of government systems at the lower level and further steps for achieving better rate of performances,” says Mr Dakua.

Although Nayagarh is one of the Maoist-hit districts in the state, the collector did not take any security personnel with him during his cycle-ride.