The NITI Aayog CEO also said, "Tourism is essentially civilisational in character, one can't have garbage and say we have heritage sites." 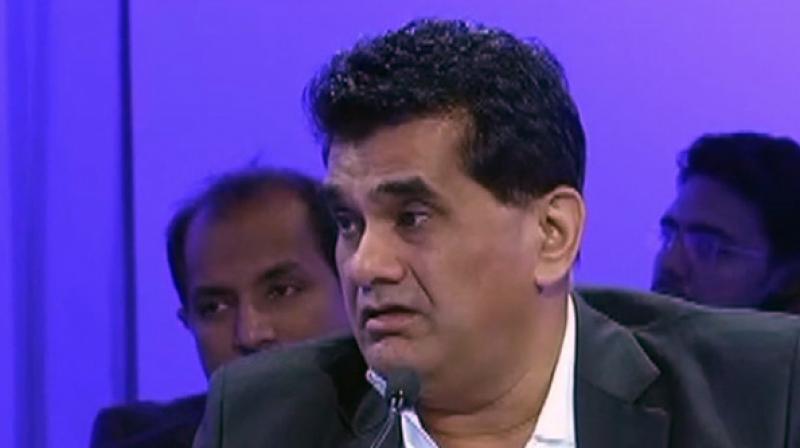 NITI Aayog CEO Kant asserted that it is not government's business to decide what tourists should eat or drink. (Photo: ANI)

Kant asserted that it is not government's business to decide what tourists should eat or drink.

Answering a poser that whether the states banning beef and alcohol have failed to realise that a country needs to extend every facility required by tourists if it wishes to flourish, Kant said, "I have been a long term believer on a couple of things. Tourism is essentially civilisational in character, one can't have garbage and filth and say that we have great heritage sites. So, India must focus on cleanliness. It is number one. Number-2 it's about seamless experience."

"I have said it all the time that for a tourist...it’s about creating experiences. In the evening he wants to relax and he wants to chill out and therefore you need to create that evening experience for (him) in terms of Indian culture," he added.

Madhya Pradesh, Chhattisgarh, Kerala and Daman have announced their plans to ban sale of liquor, while Gujarat, Bihar, Nagaland and Manipur are already dry states.