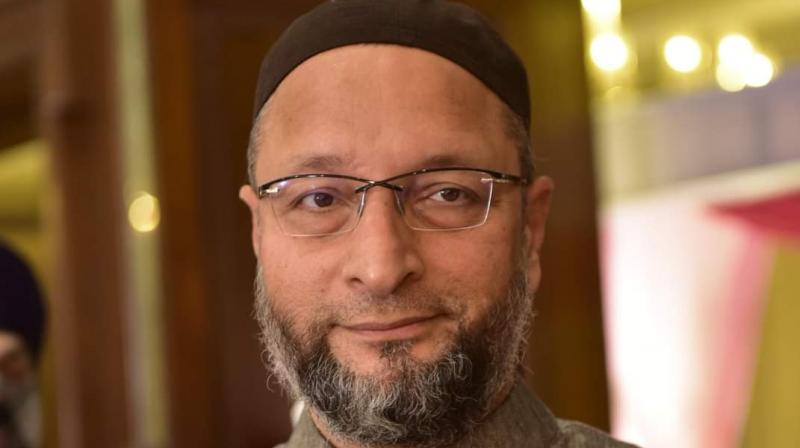 Lucknow: AIMIM chief Asaduddin Owaisi on Tuesday said the takeover of Afghanistan by the Taliban is not good for India and it will benefit Pakistan.

"Over Rs 35,000 crore of our taxpayers' money has been invested in developmental works of Afghanistan. Now the Taliban has come there. The changes in Afghanistan are not good for India, Owaisi said in reply to a question on the effect of the Taliban's takeover of Afghanistan on UP politics.

Whatever is happening (in Afghanistan) will benefit Pakistan more. This should be understood," he said.

Owaisi was talking to reporters on the occasion of former MP Atiq Ahmad and his wife joining AIMIM.

Presently lodged in a Gujarat jail in one of the several criminal cases pending against him, Ahmad joined the Owaisi's party months ahead of the 2022 assembly elections in Uttar Pradesh.

Owaisi has been making efforts to expand the party across the country and he has had reasonable success in Maharashtra and Bihar. The party, however, could not make gains in West Bengal.

Talking about the Afghan issue earlier on September 2 in Hyderabad, Owaisi had asked the NDA government to say whether it considered the Taliban as a terrorist organisation or not.

"We are asking the Modi government. Say this clearly. Do you consider the Taliban as a terrorist organisation or not? If you don't, India is chairman of the UN Sanction Committee. Will you delist the top 100 leaders of Taliban, Haqqani leaders? If you don't, will you include them in the UAPA terror list?" he said.