Earlier Singh had hit out at PM Narendra Modi saying that 'all-round mismanagement' is responsible for the 'worrisome' state of the economy. 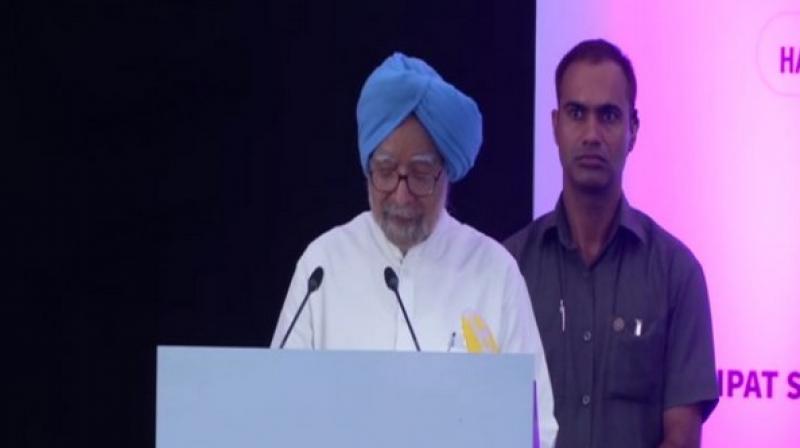 "Presently our country seems to have slowed down somewhat. The rate of GDP is declining. The investment rate is stagnant. Farmers are in distress. The banking system is facing a crisis, and unemployment is going up. We need a well-conceived national strategy to make India a 5 trillion economy," said Singh in his address at Laxmipat University.

Earlier Singh had hit out at Prime Minister Narendra Modi-led government alleging that "all-round mismanagement" is responsible for the "worrisome" state of the economy.

"The state of the economy today is deeply worrying. The last quarter's GDP growth rate of 5 per cent signals that we are in the midst of a prolonged slowdown. India has the potential to grow at a much faster rate but all-round mismanagement by the Modi government has resulted in this slowdown," he had said.

"Our youth, farmers and farmworkers, entrepreneurs and the marginalised sections deserve better. India cannot afford to continue down on this path. Therefore, I urge the government to put aside vendetta politics, and reach out to all sane voices and thinking minds, to steer our economy out of this man-made crisis," the former prime minister added.

Prime Minister Modi had earlier said that India would become a 5 trillion dollar economy in the next five years.