Subhash, state co-convenor, Bajarang Dal said: 'We condemn the act of the Telangana government which is completely objectionable.' 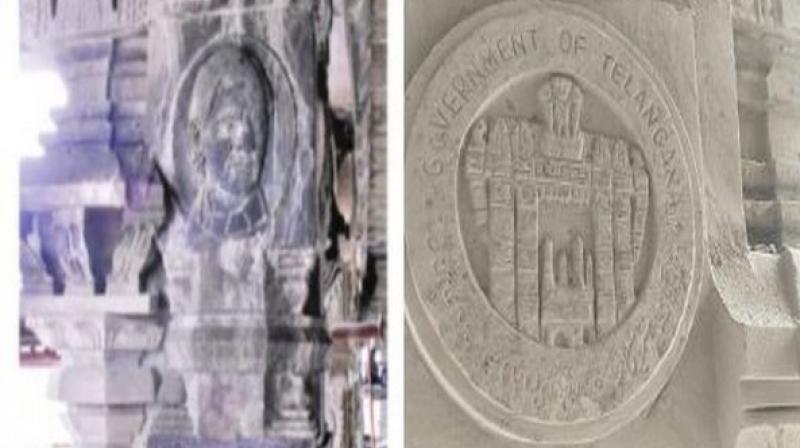 Subhash, state co-convenor, Bajarang Dal said: "We condemn the act of the Telangana government which is completely objectionable. Chief Minister Rao's picture, TRS party symbol car and government initiative pictures have been carved on the pillars of historic Yadadri Lord Lakshmi Narasimha Swamy temple under the pretext of re-construction and development of the temple."

"There are around 5,000 symbols carved on the pillars of the temple. CM KCR cannot show himself as god. This act is not only a direct insult to Hindus but also an insult to the god" he said.

"Government should immediately intervene and remove those carvings on the pillars of the temple because it's a holy place. If they don't remove the carvings then, we are going to intensify our protest," said Subhash.