On the same day Khattar will wrap up his public contact programme, Jan Aashirwad Yatra, ahead of Assembly polls. 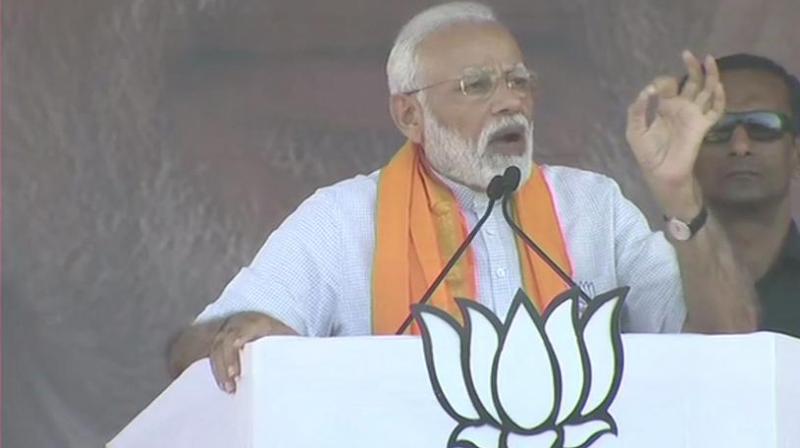 Tohana, Haryana: Prime minister Narendra Modi’s September 8 rally in Rohtak will be a show of strength by Haryana BJP and the official launch of election campaign for the forthcoming Assembly polls. Over two lakh cadre, panna pramukhs and supporters are likely to attend the event.

Speaking to this newspaper exclusively, Haryana chief minister Manohar Lal Khattar said that the rally in Rohtak would be the culmination of process to thank the people of the state. "BJP president Amit Shah and Defence minister Rajnath Singh have already address rallies in the state but I feel that the final poll bugle will only by sounded when our leader Prime minister Narendra Modi addresses us on August 8," Mr Khattar added.

On the same day Haryana chief minister will wrap up his public contact programme, Jan Aashirwad Yatra, ahead of Assembly polls, the announcement of schedule for which are expected anytime now.

This newspaper was the first to report on August 5 that Prime Minister Narendra Modi is expected to kickoff the electioncampaign for the forthoming Assembly elections in Haryana's Rohtak on September 8.

Interestingly, Rohtak Assembly constituency has been chosen deliberately for the show of strength as it was considered to be the bastion of Congress' Hooda household.

The Bharatiya Janata Party's state unit is gearing up to make the event grand success with its panna pramukhs and cadre in attendance.

"All panna pramukhs in Haryana will take their voters list in hand when they come to attend the rally. Challenge is to repeat our performance of Loksabha polls, " said Haryana BJP chief Subhash Barala. He pointed out that the party had secured  a clear mandate on 79 of the 90 assembly segments during the recently concluded Lok Sabha polls in which it has won all 10 seats in the state.

"We are expecting more than two lakh panna pramukhs, cadres and voters will be addressed by Prime Minister Narendra Modi," Barala stated.

While the party would continue to seek votes in the name of Prime Minister Narendra Modi,  just like the Lok Sabha polls in which the party secured all 10 constituencies in the state. The BJP would would also bank upon the clean image of Chief Minister Manohar Lal Khattar, who is seeking a reelection.

The BJP is also hoping that it would gain massively in the forthcoming Assembly polls and improve upon its 2014 Assembly show in which it had secured 49 seats.

The Election Commission is likely to announce the schedule of the Assembly elections just after the Rohtak rally in the second week of September. Meanwhile, the district administration has bought around 4,000 earthen pots to store drinking water so as to reduce the use of plastic containers during the rally.