India   All India  07 Sep 2019  'It was partial success,' says ISRO unaware about communication break down reason
India, All India

'It was partial success,' says ISRO unaware about communication break down reason

'Prime Minister should increase the budget along with the confidence,' said a scientist taking a jibe at the Prime Minister. 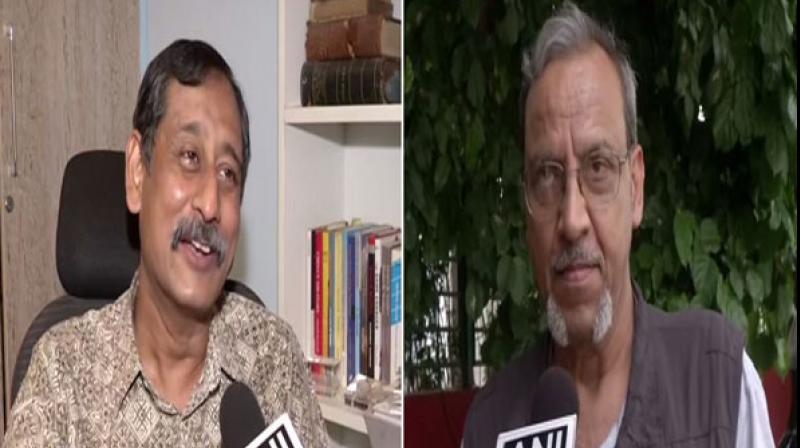 Former Space Scientist PC Ghosh and Scientist Amitabh Pandey asserted that the reason behind communication breakdown has not been discovered yet. (Photo: ANI)

New Delhi: Former Space Scientist P C Ghosh and Scientist Amitabh Pandey asserted that the reason behind communication breakdown has not been discovered yet. However, partial success has been achieved as the Orbiter is working perfectly fine in the space.

"We are unaware of the fact that why the communication had broken down. The orbiter is working perfectly fine. The objective will be achieved and probably the scientists will ask the Orbiter to capture a picture. The objective of achieving a soft landing has not been achieved. This is not big disappointment rather it is a partial success," said Ghosh while speaking to ANI.

"The Prime Minister was echoing the achievement of the ISRO. We are hoping that Chandrayaan-2 will overcome everything. The orbiter is still working fine and it can check the physicality over there," he added.

"There were a lot of objectives behind this mission. There was a communication break-down in between and the reasons behind it are not known till now. Maybe it will be discovered later. The objective of this mission was to test the abilities of our technology. We have faced a small loophole in this mission but overall it will provide us with many facts in the future," said Pandey.

Pandey took a jibe at Prime Minister Modi and said, "Prime Minister should increase the budget along with the confidence. Scientists are human beings too; their biggest emotion is attached to their research."

The Vikram lander was planned to land on the far side of the moon between 1:30 am to 2:30 am on the intervening night of Friday-Saturday. This would have been followed by rover (Pragyan) roll-out between 5:30 am to 6:30 am.

ISRO had lost communication with Vikram lander of Chandrayaan 2 moments before it was preparing to make a soft-landing on the South Pole region of the Moon.

In the wee hours of Saturday, ISRO chairman K Sivan announced that communication with the lander was lost at 2.1 km from the lunar surface.

After revolving around the Earth's orbit for nearly 23 days, the spacecraft began its journey to the moon on August 14.

India's second mission to the moon was approved by the cabinet on September 2008, just before the launch of Chandrayaan 1.