'Best is yet to come, India is with you': PM Modi to ISRO scientists

PM also stated that irrespective of the setbacks, our resolve to reach to the moon has strengthened more. 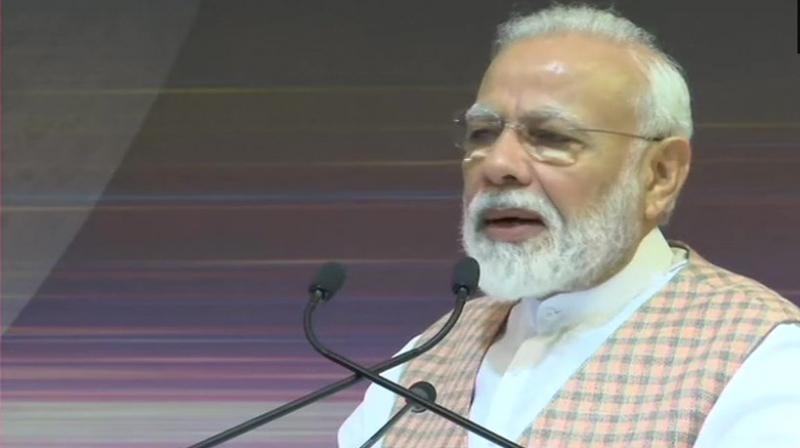 Modi asked ISRO scientists not to get disheartened by the hurdles in the moon mission Chandrayaan-2. (Photo: ANI | Twitter)

Bengaluru: Prime Minister Narendra Modi on Saturday asked ISRO scientists not to get disheartened by the hurdles in the moon mission Chandrayaan-2 and asserted that there will be a "new dawn and better tomorrow".

ISRO's plan to soft land Chandrayaan-2's Vikram module on the lunar surface did not go as per script in the early hours of Saturday, with the lander losing communication with ground stations during its final descent.

Modi delivered a message of optimism, solidarity and hope to scientists in an address, which was broadcast live, hours after the Indian Space Research Organisation (ISRO) announced that it had lost communication with the lander.

The nation is proud of them and stands with them, he said. "We came very close but we need to cover more ground in the times to come. Learning from today will make us stronger and better. The nation is proud of our space programme and scientists. The best is yet to come in our space programme. There are new frontiers to discover and new places to go. India is with you," Modi said.

"Effort was worth it and so was the journey. It will make us stronger and better. There will be a new dawn and better tomorrow... I am with you, nation is with you," he added. The Prime Minister sought to lighten the mood in the moments of disappointment for scientists, saying the moon has been so much romanticised in poems and literature that Chandrayaan in its last steps ran to embrace it, a reference to the Vikram's failure to lower its speed as planned during its descent to the planet. This is how poets will describe it, he said, adding that the will to touch the moon has now become stronger and more intense.

Modi had earlier watched the proceedings as the lander began its descent towards the moon's surface at an ISRO centre here. The Prime Minister began his near 25-minute speech, delivered in a mix of Hindi and English, with "Bharat mata ki jai" (Hail Mother India) slogan and said he could understand the feelings of scientists a few hours earlier when it became clear that Chandrayaan-2's final journey did not go as per plan.

"Your eyes said a lot and I could read the sadness on your face. I have lived those moments with you," he said, adding that this was why he did not stay for long with them in the early hours and came back in the morning, not to preach them but to be inspired by them. He was also seen hugging and consoling a visibly disappointed and emotional ISRO chief K Sivan. "When the message of communication cut-off with the mission was received, you were all shaken," Modi said, as he sought to lift their morale, asserting that it will strengthen their resolve for future successes.

Modi also recalled a number of ISRO's successful missions, including the one for Mars, to assert that there is no failure in science but only experiments and efforts. There will be many more opportunities to be proud of and rejoice, he said, adding that ISRO scientists do now draw lines on a butter cake but on stone.

"You came as close as you could, look ahead," he said. There have been disappointing moments in the past but they have not crushed our spirits, he said, adding that "the effort was worth it and so was the journey". He called ISRO an "encyclopedia of successes" and said a few moments of halt cannot push its flight "out of trajectory" and that no hindrance can stop India from realising its dreams and aspiration in the 21st century.