Dilbag Singh was made interim police chief on Thursday after his predecessor SP Vaid was shunted to transport department as Commissioner. 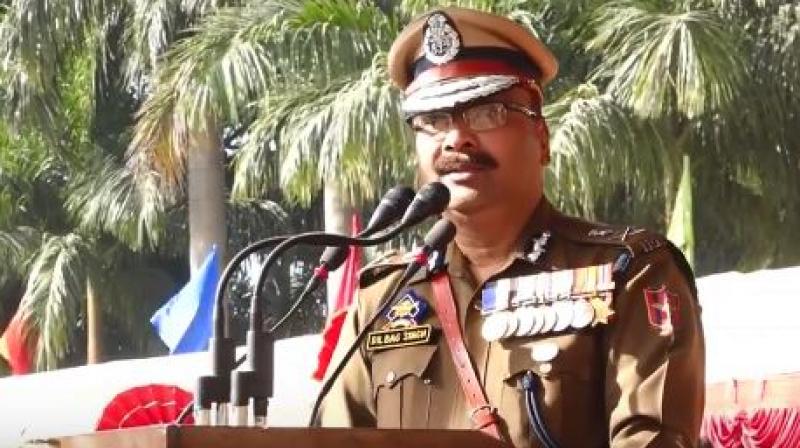 Dilbag Singh feels that although the task is daunting he is sure that the Jammu and Kashmir police will pass all tests in flying colours. (Photo: Youtube Screengrab)

Srinagar: Jammu and Kashmir's new police chief Dilbag Singh today said his priority is to stamp out terrorism from the state at the earliest, while protecting interests of common people.

Immediately after taking over as the new police chief, 55-year-old Singh, in an interview with news agency PTI, said he would also work for the welfare of the police personnel, who have been at the forefront of anti-militancy operations. He has served the state police in various capacities.

Singh, who was posted as the Director General (Prisons) in March this year, was made an interim police chief on Thursday after his predecessor S P Vaid was shunted to transport department as its Commissioner.

Vaid had joined as state police chief on January 1 last year and was due for retirement in October 2019.

Singh feels that although the task is daunting he is sure that the Jammu and Kashmir police will pass all tests in flying colours.

"My priority as of now is to deal with terrorism firmly while protecting the interests of innocent common people. I have held a meeting with my senior officers at the police headquarters after taking over and will be interacting with District Superintendents, range DIGs and Zonal IGs in the evening today to have a brief on the ground situation and our priorities," he said.

Calling the responsibility a great honour, he said due attention would be paid to the welfare of the all police ranks especially the jawans. The state government is seriously concerned about that, he said.

"The J&K Police has earned a name for itself and it is duty for all of us to take it to greater heights," he added.

Singh, who has been made the in-charge Director General of Police, is a 1987-batch officer. He was made the head of the prisons department in March after the infamous of escape of Lashkar-e-Taiba (LeT) terrorist Naveed Jatt while the latter was on a routine health check-up at a city hospital in February.

Singh, during his tenure as Director General of Prisons, streamlined many things, including the removal of hardened terrorists from Kashmir jails. He will have a regular appointment only after his name is cleared by the UPSC.