The pact will also ensure interoperability among the US and the Indian armed forces. 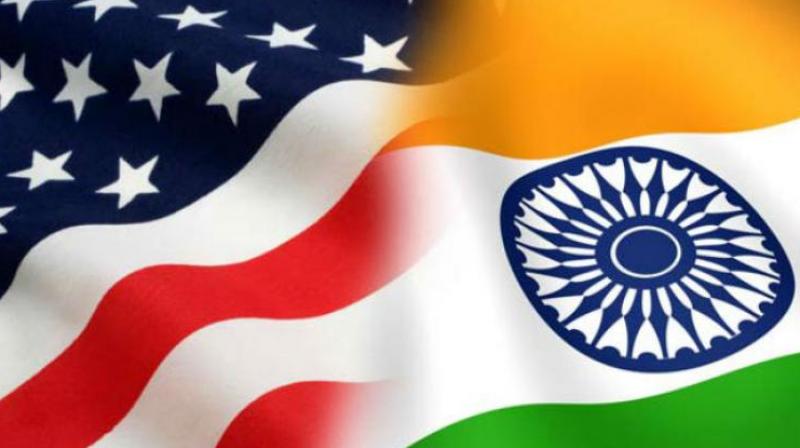 The pact will also ensure interoperability among the US and the Indian armed forces.

New Delhi: The Communications Compatibility and Security Agreement (Comcasa) that was inked on Thursday between India and the United States is said to be a game-changer. According to reports, the inking of the Comcasa will help New Delhi receive information instantly from US defence platforms that have located foreign naval platforms in the Indian Ocean like a Chinese submarine or ship, for instance.

The Comcasa will facilitate India to obtain critical defence technologies from the US, access to high-security encrypted communication networks installed on American defence platforms and also reportedly pave the way for the sale of hi-tech armed drones to India. The pact will also ensure interoperability among the US and the Indian armed forces. The inking of the Comcasa shows the proximity and trust that exists now between the leadership of the two countries.

The defence platforms on which India could access these communication networks are the C-130 J Super Hercules Transport aircraft, C-17 tactical lift transport aircraft, P8i long-range naval mariti-me patrol aircraft, and Apache and Chinook helicopters. There were also reports that India could gain valuable intelligence and information through this on possibly hostile troop deployment by its neighbouring countries. This will prove crucial in formulating a swift tactical response.

Defence ministry sources told news agencies that the India specific agreement has specific provisions to protect sensitive information relating Indian defence platforms and communication networks. “Without our permission, the US will not be able to share the details with any other country,” a source was quoted as saying, adding the US will not be able to force India to make any procurement of military hardware because of signing of the pact.

The Comcasa is the second of three major agreements which is the US is keen on signing. The first was the Logistics Exchange Memorandum of Agreement (LEMOA) signed in 2016 that was meant essentially to “facilitate logistic support such as re-fuelling and berthing facilities for each other’s warships and aircraft  on a reciprocal basis”.

The third major pact that now remains to be signed is the Basic Exchange and Cooperation Agreement for Geospatial Cooperation. Both Comc-asa and LEMOA have been inked during the tenure of the NDA government, signifying the strategic proximity between the two nations in the past four years.

Incidentally, the nomenclature of the pact, usually known as the Communication and Information on Security Memorandum of Agreement (CISMOA), was changed to Comcasa reportedly to signify its India-specific nature. The agreement will reportedly provide a framework for transfer of high-security encrypted communication equipment from the US to India and is said to be safer and more secure than the communication used by the Indian armed forces.