While 1.9 crore people enter military age every year in China, Indonesia ranks a distant third with 45 lakh followed by Pakistan with 43 lakh. 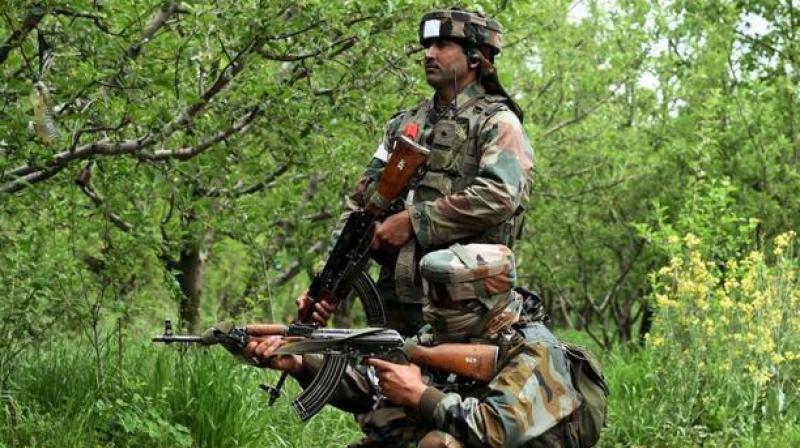 New Delhi: China may be the most populous country on Earth, but it is India, which has 2.29 crore men and women becoming old enough to serve in the military every year. The figures offer a glimpse into the country’s soldiers’ recruitment bowl for any given year which is not surprising as more than half of India’s current population is below 25 years of age even as the country continues to add more people than any other nation in the world.

While 1.9 crore people enter military age every year in China, Indonesia ranks a distant third with 45 lakh followed by Pakistan with 43 lakh.

But China leads the pack when it comes to active military personnel or the “ready-to-fight” elements with 2.26 crore followed by US with 1.37 crore and India with 1.36 crore active personnel.

These findings are part of the recently-released report by Global Firepower (GFP), a prestigious data analytics portal that ranks 133 countries of the world in terms of military strength.

In the latest report for 2017, India, like in the previous few years, has retained its fourth place in terms of military power, after United States, Russia and China but is ahead of traditional powers like France, UK and Japan.

The final GFP rankings are based on each nation’s potential conventional war-making capability across land, sea and air. The rankings incorporate values relating to resources, finances and geography with more than 50 different factors.

The rankings does not factor in the total number of weapons with any given country as much as on weapon diversity to draw out a better balance of available fire power. Nor are nuclear stockpiles taken into but recognised and suspected nuclear powers get a bonus.

In terms of air power assets which include fighters, bombers, helicopters, special missions platforms, trainers, transporters etc., US leads by a big margin with 13,762 air assets, followed by Russia with 3,794, China with 2,955 pieces while India is ranked fourth with 2,102 air power assets.

The naval assets list which includes aircraft carriers, frigates, destroyers, corvettes, torpedo boats, patrol boats, amphibious support craft and landing craft regardless of onboard technology employed, crew training, fleet quality etc, is led surprisingly by North Korea with 967 pieces. But it is understood that most of these pieces are light craft such as patrol boats although the reclusive country has a good number of submarines. It is followed by China and US with 714 and 415 pieces respectively.