Between Tuesday and Thursday, Mumbai got over 500 mm of rainfall every day 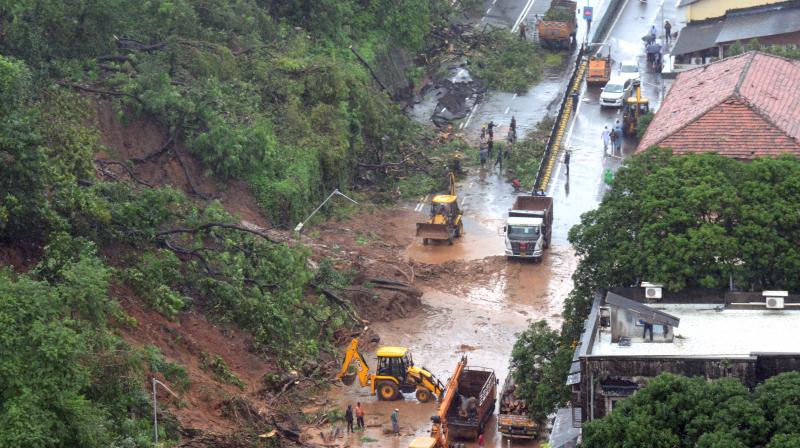 The situation in flood-affected Mumbai improved on Friday as the rain intensity reduced, with water receding in some flooded areas of the city. However, the weather department added that the intensity of rains will pick up next week.

"Strong south westerly/westerly monsoonal flow over the Arabian Sea with winds speed reaching up to 60-70 km per hour along and off the west coast at lower tropospheric levels is likely to continue to prevail during the next two days," the IMD said.

Meanwhile, in a significant development, Mumbai has already received more than the average August rainfall in just the first seven days. While the monthly average rainfall for Mumbai (indicative of suburbs) stands at 585.2 mm, Santacruz has received 597.6 mm of rainfall. On the other hand, the Colaba observatory has recorded 675.4 mm of rains so far.

In the last 24 hours, between Thursday and Friday, Santacruz received 79mm of rainfall, while the Colaba observatory recorded 25 mm of rainfall against the monthly average rainfall for South Mumbai of 493.8 mm. Between Tuesday and Thursday, the city recorded over 500 mm of rainfall each day.

"More intensity in moderate to heavy rain spells was witnessed in the suburbs and surrounding areas of Mumbai Metropolitan Region than south Mumbai. Models are indicating cloud cover and active monsoon conditions to continue, but a drop in rain intensity as compared to earlier in the week," KS Hosalikar, deputy director general (western region) IMD, was quoted by a news publication as saying.

Moreover, the winds up to 100 kilometres per hour that accompanied the heavy rains only made matters worse for the city, with the city recording 612 tree fall incidents since Tuesday. Over 60 per cent of such cases have come from South Mumbai. BMC officials said the daily average of around 200 tree fall incidents for three days is “unprecedented”.

Notably, South Mumbai, known for its solid British-era drainage system which even endured the 26 July 2005 floods, witnessed its single-day heavy rainfall since 1974 through 8 am on Thursday.

Probably for the first time in recent memory, South Mumbai areas like Colaba, Churchgate and Nariman Point witnessed heavy waterlogging. Even the road outside Mantralaya, the secretariat of the Maharashtra government at Nariman Point, became submerged in rainwater.

With rainfall of 300 mm in just four hours, any city in the world would have witnessed flooding. South Mumbai area received a heavy rainfall of 300 mm in just four hours with the wind speed of 100 kmph. Even during the deluge on July 26, 2005, South Mumbai had not come across such a situation," BMC chief Iqbal Chahal had said on Wednesday, underlining the first ever deluge to hit the Island city in Independent India.