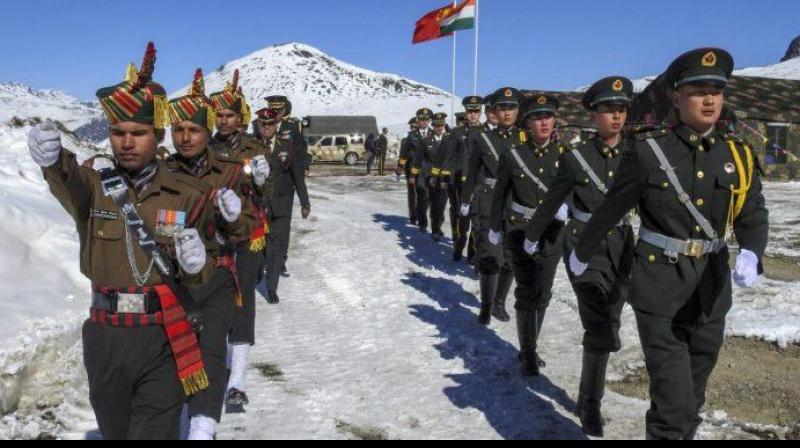 20 Indian jawans were kiled in clashes at Galwan Valley on June 15.

New Delhi: India on Thursday said it “expects” China to work “sincerely” with it for “complete disengagement and de-escalation” at the Line of Actual Control (LAC) in the Ladakh sector to ensure “full restoration of peace and tranquillity” in the border areas. This comes amid reports of a stalemate in the Sino-Indian military de-escalation in the Pangong Tso lake region due to the reported reluctance of Chinese PLA troops to pull back.

MEA Spokesperson Anurag Srivastava said, “The Special Representatives of India and China had a telephone conversation on July 5, 2020 where they discussed the situation in the India China border areas. The two Special Representatives had agreed that early and complete disengagement of the troops along the Line of Actual Control (LAC) and de-escalation from India-China border areas in accordance with bilateral agreement and protocols and full restoration of peace and tranquility was essential for the smooth overall development of bilateral relations.”

In response to a question from the media on another matter of whether the Indian Government is reviewing the activities undertaken by Confucius Institutes at various Indian universities, the MEA Spokesperson indicated that the government would check to see whether MEA approval was sought as per guidelines prior to any pact between a Confucius Institute and an Indian educational institution. The Confucius Institutes — named after ancient Chinese philosopher Confucius — were reportedly established across the world with Beijing’s assistance as centres to propagate Chinese culture and Mandarin (Chinese) language-learning.

The MEA Spokesperson said, “The Ministry of External Affairs had in 2009 issued detailed guidelines for establishment and functioning of Foreign Cultural Centres. These guidelines apply also to any cultural centre that is supported/sponsored by an autonomous foreign organisation, including any Confucius Centre.  Under these Guidelines, approval of MEA is required for any MoU/Agreement that such Centres might wish to enter into with an Indian organisation. Naturally, if any Indian institution were to enter into or has entered into an arrangement which would come under the purview of these guidelines, then it would require the approval of the Government. And as a corollary if the approval was not taken when establishing such Centers then it was not in conformity with the Guidelines.”

It may be recalled that an upset China had recently asked India to “avoid politicising normal cooperation” in the education sector and to “treat Confucius Institutes and China-India higher education cooperation in an objective and fair manner”. The latest Chinese reaction had been in response to media reports that the Indian Government is reviewing the activities undertaken by the Confucius Centre at various Indian universities. According to recent media reports, there are only two functional Confucius Institutes in India, one at Mumbai University and the other at the Vellore Institute of Technology (VIT) in Tamil Nadu.