Three police personnel, including the station house officer, were injured and 12 have been arrested so far, Muzaffarpur SSP said 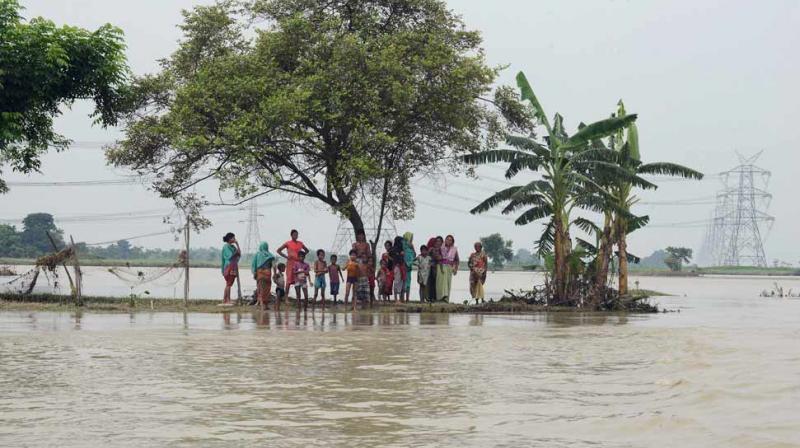 Muzaffarpur: The personnel of the Sarka police station in Bihar's Muzaffarpur district were attacked by flood victims who blocked National Highway 28, claiming they were not being provided relief material after the recent floods inundated their villages.

"We were informed that nearby flood victims had blocked the national highway around the Sarka Police station yesterday. On reaching the spot, the locals attacked the police personnel with lathis and stones were pelted at them," Jayant Kant, Muzaffarpur Senior Superintendent of Police (SSP) said while speaking to the media.

He added, "Three police personnel, including the station house officer, were injured and 12 have been arrested so far. Further investigation is underway to address the situation."

As many as 69,03,640 people have been affected while 21 have died due to the floods in Bihar. So far, 33 teams of the National Disaster Response Force (NDRF) and SDRF have been deployed, according to the state government.